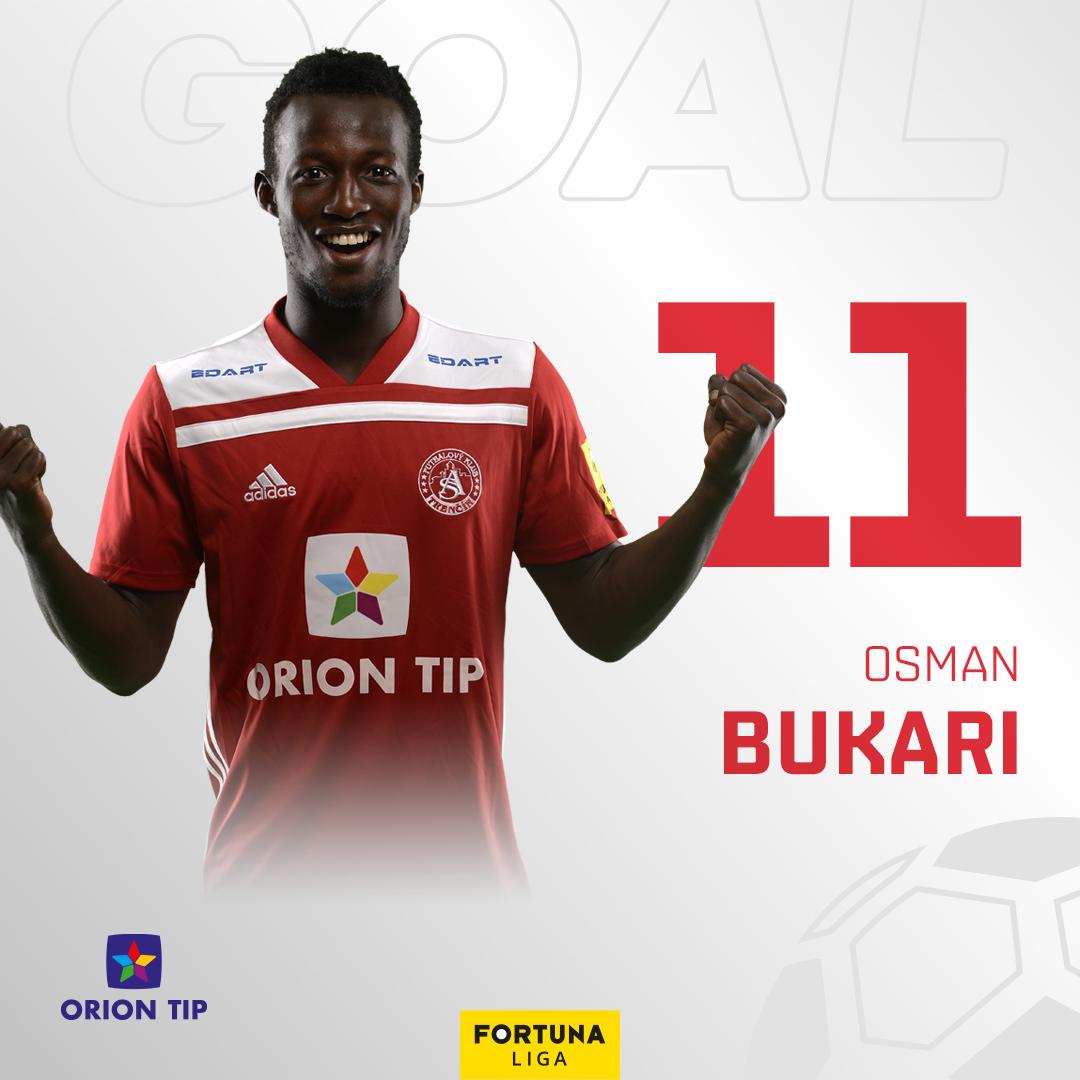 Ghanaian youngster Osman Bukari has been nominated for the Man of the Match award after impressing over the weekend to help his AS Trencin side to beat FK Senica 3-1 in the Slovak top-flight league.

Having displayed outstanding form since the 2019/2020 football season in the Slovak Superliga started, the attacker was handed a starting role to feature in a Matchday 25 fixture played on Saturday.

Osman Bukari as expected put up a good performance and ended the day with an equalizer that ensured that AS Trencin picked up all 3 points on the back of a vital 3-1 win against FK Senica.

He has now been nominated for the Man of the Match award for that game and could add to his collection of that accolade if he wins.

This season, the pacey winger has made as many as 27 league appearances and has 7 goals and 6 assists.

Use the link below to vote for the Ghanaian to win the Man of the Match award.