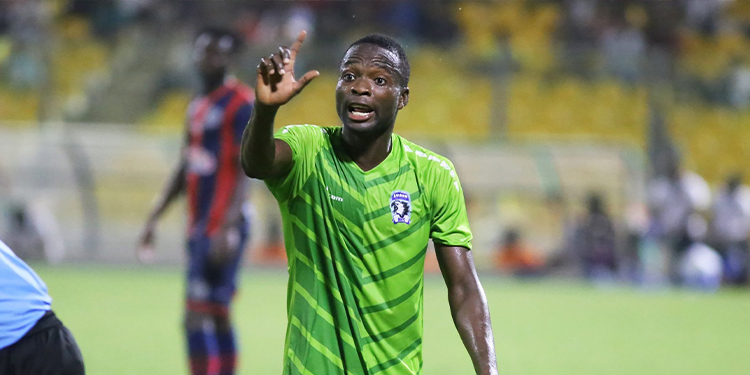 The right-winger has been signed by the Miners from Bechem United to give them a squad boost as they prepare for their participation in the next edition of the CAF Confederations Cup.

Opening up on his transfer, Yaw Annor has confirmed that indeed there was interest from Asante Kotoko.

According to him, a transfer to join the Porcupine Warriors family did not materialize because of the self-imposed transfer ban.

“I trained with the club for about a month but due to the transfer ban by Otumfour I decided to join Ashgold”, Yaw Annor said in an interview with Fox FM.

He further disclosed that there was interest from Ghana Premier League defending champions Aduana Stars.

“Both Aduana Stars and Kotoko were after me. I also know Ashgold will be playing in Africa and so I decided to join them”, the forward added,