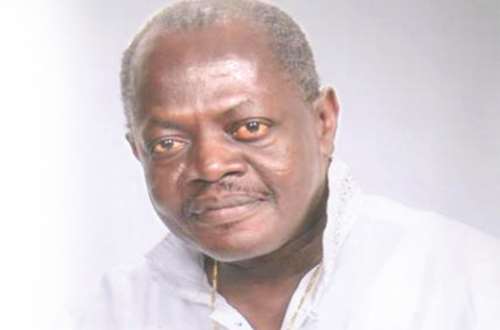 Bechem United bankroller, Kingsley Owusu Achau has assured that the Nana Fosu Gyeabour Park will be ready for use before their first Premier League home match against Asante Kotoko.

The 2022 MTN FA Cup finalist will host the Premier League champions in the matchday games this weekend.

The Club Licensing Board of the Ghana Football Association (GFA) failed to approve the Nana Fosu Gyeabour Park for use after failing to meet the requirements.

However, Owusu-Achau speaking in an interview reiterated that the club was almost through with recommendations made by the board and believed that before their first home game, all outstanding issues would have been resolved.

According to him, the board did not identify any serious default but only raised concerns about iron rods and wooden planks which had littered the stadium after some renovation works.

"We undertook some renovation works at the media centre and fixed some extra seats, so they only asked us to clear all the iron rods and the wooden planks at the stadium," he told Graphic Sports.

Mr. Achau said because they engaged Greengrass Technology to work on the pitch during the off-season, the board categorized it among the three best pitches in the country currently and therefore could not be banned by the FA.

He, however, called for fair officiating in this season and proposed that retired referees should be employed to review the work of referees every week, instead of waiting for clubs to officially lodge complaints before reviewing the performance of referees.

"I am advocating a weekly review of matches so that within 48 hours, issues could be resolved. You don't have to report before matches are reviewed,” he stated.

Bechem United suffered their first defeat of the season against Great Olympics at the Accra Sports Stadium on Saturday.