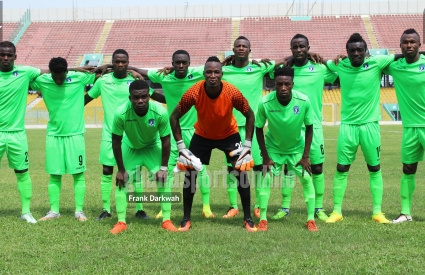 The Bechem United coach Kwaku Danso revealed his objective for the season after his side's defeat to Legon Cities.

Bechem United are currently in sixth place with 10 points and the coach said that he aims to win all his home matches this season.

“That is our target. We have targeted the first six. We want to be among the first six. All things being equal, we hope that we will get there as now we are in the sixth position. I don’t know maybe tomorrow it will change but we are going to make amends and we want to win all our home matches so that we can be in that final six. So that is our focus now”. He said in his post-match conference.

He also revealed that he will look to strengthen his side when the transfer window opens to help his achieve his aim.

“We are going to make additional signings when the window is open so we will sign one or two players to augment the squad that we have so I believe that we can be among the six”.