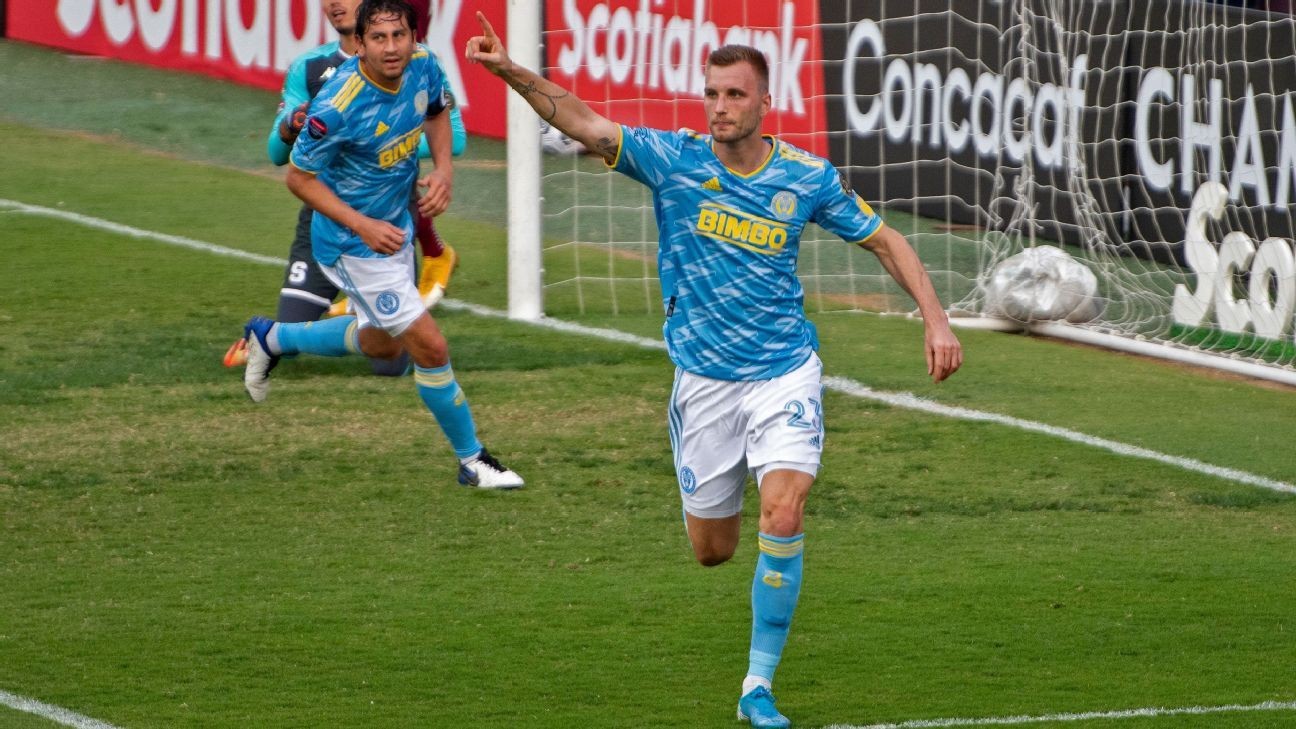 Kacper Przybylko scored the winner for Philadelphia against Saprissa on Wednesday. EZEQUIEL BECERRA/AFP via Getty Images

In the 34th minute, Olivier Mbaizo delivered a perfect cross from the right flank to the front of the net, and an unmarked Przybylko powered in a header past goalie Aaron Cruz for the only score.

The Union defense withheld a second-half onslaught from the hosts, and the match ended in controversy as Ricardo Blanco Mora's lunging foul on Philadelphia's Kai Wagner was punished with just a yellow card.

The ensuing fracas saw both teams' benches clear as the referee struggled to regain control of the match.

The second leg of the round of 16 clash will be held at Subaru Park in Philadelphia on April 14.

Philadelphia joins Atlanta United as MLS teams taking 1-0 leads into their CONCACAF Champions League home legs next week, as Atlanta beat Costa Rica's Alajuelense on Tuesday. The Portland Timbers played to a 2-2 draw against Marathon on Tuesday in Honduras.

The Columbus Crew open their CCL campaign on Thursday against Real Esteli in Nicaragua.