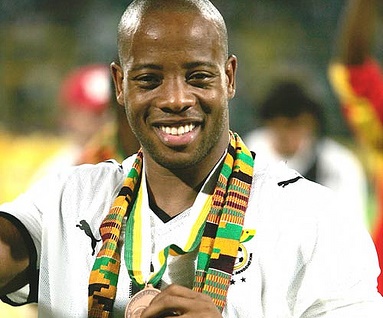 Paa Joe denied allegations that Agogo was sacked because of a leg injury in an interview with SVTV Africa. The true cause, according to Paa Joe, who was playing for a club in Cyprus at the time, was drug abuse.

“I was in the same city with him. A management member must have seen him using drugs always. The drugs were too much. I was there. So they had to pay the rest of the money since his contract had not expired. That is why he left Apollon,” he said.

Agogo joined Apollon in 2009 after leaving the Egyptian side of Zamalek due to unpaid salaries for months.

Paa Joe cautioned young footballers about the dangers of drugs and alcohol, saying that they may destroy their careers. He also stated that he was a victim of alcoholism as a result of his frustration.

“Yes, the drinking was because of frustration. Because if someone confesses that he or she is the one that caused your leg injury or caused this. So I might even want to do him or her something. I’m a human being too. But I did not,” he added.