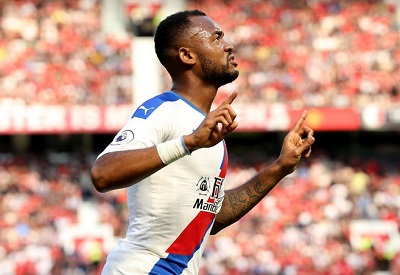 A week is a long time in football.

Following the lows of the lackluster 1-0 defeat at Bramall Lane last Sunday, not even the most optimistic Eagles fan would’ve gone to Old Trafford expecting to pick up a result.

Fewer would’ve predicted the ‘opinion-splitter’ Jordan Ayew would be the man at the heart of such a feat.

But on Sunday morning the Ghanaian was the toast of SE25 after his Man of The Match outing against Ole Gunnar Solskjaer’s men.

Ayew opened the scoring for Palace, who admittedly rode their luck in the tie, before Patrick van Aanholt’s late winner deemed Dan James strike mere consolation in an unlikely 2-1 win, their first league win at Old Trafford since the 1989/90 season, yes, the old English Division One.

It’s fair to say Palace fans were underwhelmed when the former Aston Villa man arrived on a permanent deal from Swansea in the summer.

With big names like Michy Batshuayi being linked to Roy Hodgson’s outfit in the gossip columns, the 27-year-old was seen as a ‘decent’ signing, a ‘squad player,’ and someone for the ‘cup games,’ but not someone to be a firm fixture in the starting XI.

But, aided by Palace’s poor recruitment in the attacking third over the transfer window, however, his performance at the weekend may have got some people thinking he'll have a more important role to play than leading the line against Colchester in the EFL Cup on a Tuesday night.

One man who may be thinking this is Roy Hodgson himself, who dropped the forward for the trip to Sheffield United last week after a solid outing in the season opener against Everton.

“He’s been more than decent in both games,” Hodgson said after recalling him for the Old Trafford win.

“He was unlucky to lose his place last week when I played two up-front at Sheffield and chose Wilf (Zaha) instead to partner Christian Benteke.

“He was very unfortunate to lose his place and he was quite entitled to say ‘I deserve to play in the team because I played so well against Everton.’

“But there was no doubt in my mind I was going to bring him back to this game.

“He had a specific job to so apart from being a centre forward and holding the ball up, beating players and scoring goals.

“The important job he had to do was making sure Paul Pogba couldn’t come deep and spray passes all over the field and he did that job exceptionally well.”

Palace fans too were quick to point out the change in attitude towards a striker who netted just one league goal last season.