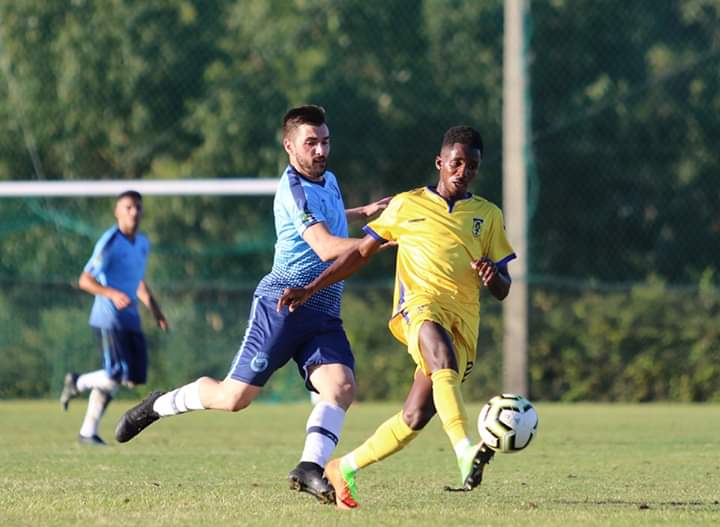 The deal was sealed over the weekend due to the delay in player transfer. The transfer of the player took so long due to one or two pressing issues both teams had to sort out.

Papi spent last season playing for Oriental Dragon FC in Portugal who play in the lower tier, he played all matches for them scoring a number of goals as well.

The latented youngster is looking forward to make a huge impact in his new team.

Head coach Manuel Pinheiro says the addition of Papi to the team will improve the quality of the team and also give him a lot of options when it comes to match day selections since Papi is a versatile player.

"First of all we give thanks to God for this wonderful journey and I'm existed to be to be here with my new club and my aim is to help the team achieve more and win the league this season" Otoo said told the media present at his signing.

Pancras previously played in Ghana for Fayenoord now WAFA, Manal FC, Legon FC and One World Football Academy before making a switch to Portugal in 2017.