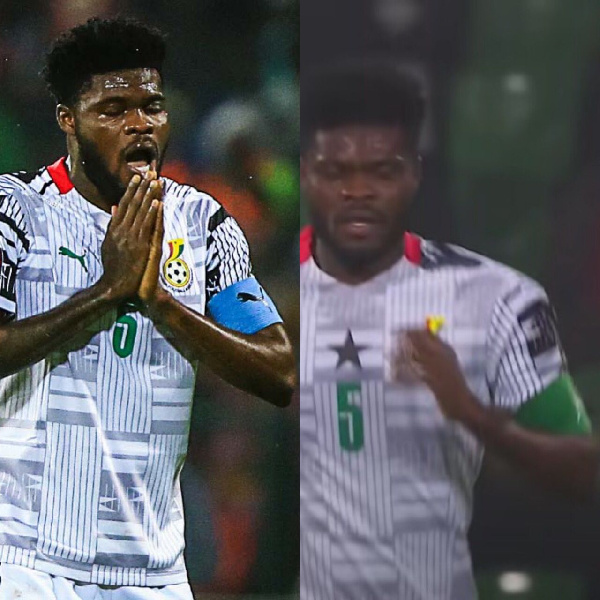 Thomas Partey is alleged to have changed the captain’s armband for the Black Stars in the game against Comoros on Tuesday when he took over from Andre Ayew.

On Tuesday night when Ghana hosted Comoros, Andre Ayew who was in the starting eleven walked out with the team as the captain.

However, after receiving a red card in the early parts of the first half, the former Swansea City poster boy handed over the captain’s armband [blue in colour] to Thomas Partey.

The Arsenal midfielder did finish the first half with the blue armband but returned from recess with a new armband [Green in colour. 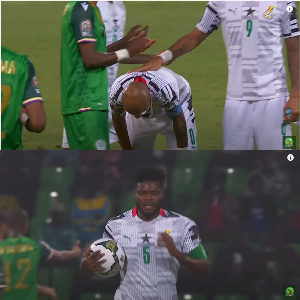 It is unclear what happened in the dressing room or what required the change of the captain’s armband.

Match pictures do confirm that the captain’s armband at a point was changed in the match.

At the end of the Comoros match, Ghana lost 3-2, bringing the national team of the West African country’s campaign to a sad end.