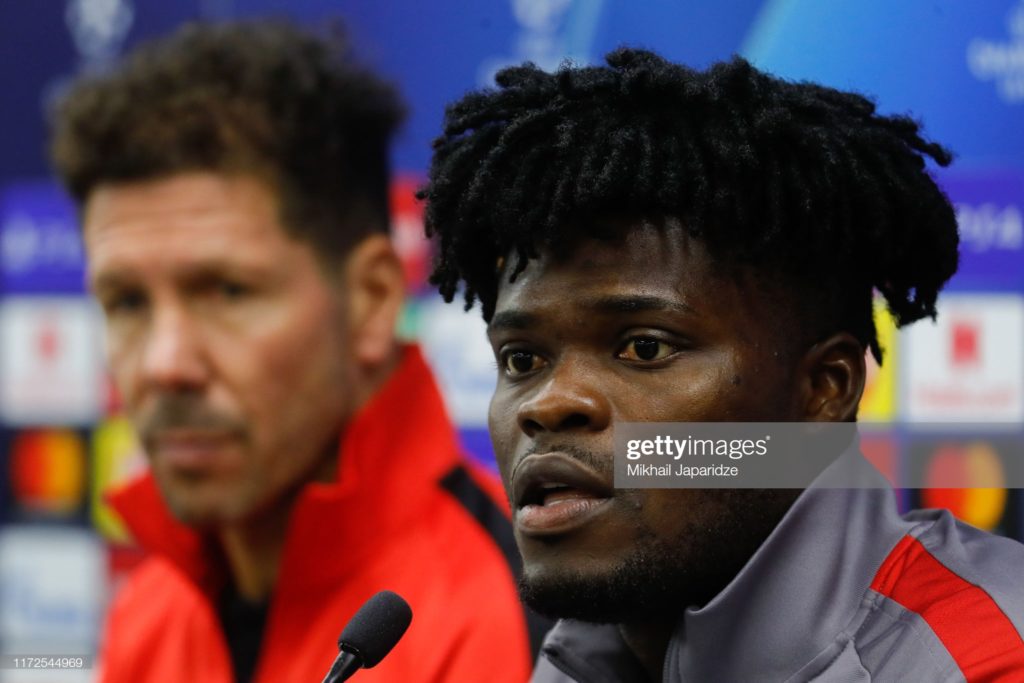 Ghanaian international Thomas Partey has heaped praises on Atletico Madrid manager Diego Simeone as he describes the Argentine tactician as a father to all players at the club.

The hardworking midfielder has worked with the coach at the Spanish La Liga side since 2012 where he joined the club as a youth player. Though he spent his early days going out on loan, he has gradually established himself as one of the top players at the club while building a good relationship with the coach.

In a recent interview with mundodeportivo, Thomas Partey insists Diego Simeone remains one of the best coaches in the world despite coming under backlash in recent weeks over a run of difficult spells.

“He is one of the best in the world, he has helped me a lot since I arrived, we know what he has given the club and the players. He is a person who has us as a father, as a friend, as a teacher who helps us improve in what we are weak. He knows what each player can give, for me it is important because he wants me to be at a better time, concentrated", the Black Stars player said about Diego Simeone.