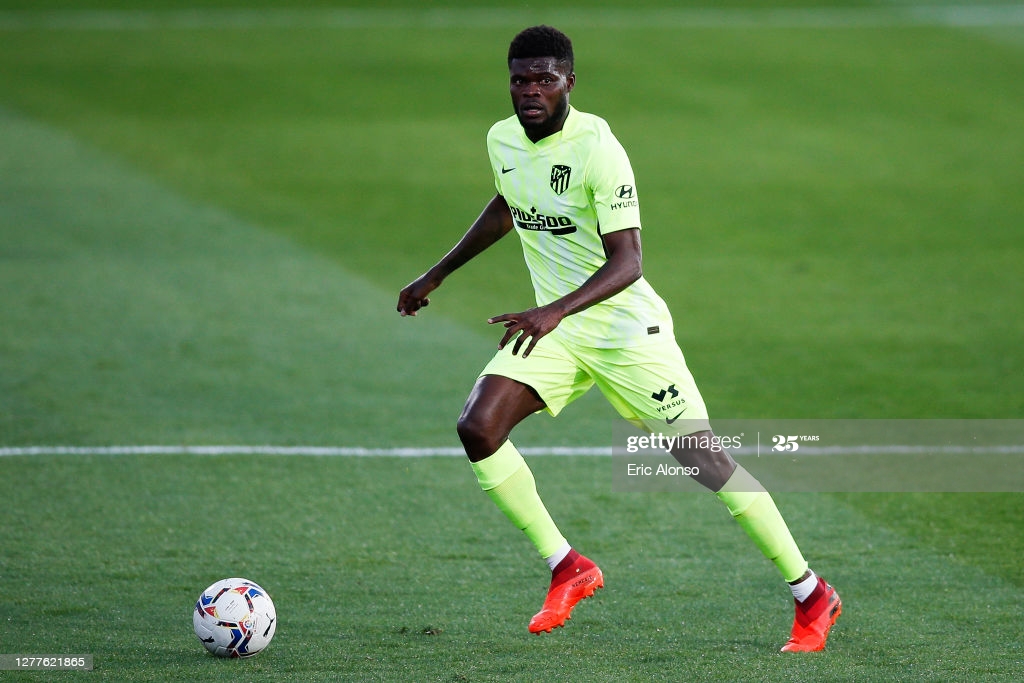 Last Sunday, the Ghana international was a second-half substitute when the Rojiblancos cruised to a massive 6-1 win against Granada at the Estadio Wanda Metropolitano.

Today, he deservedly earned a starting role from manager Diego Simeone as he lasted the entire duration of the encounter against Huesca at the El Alcoraz grounds.

Thomas Partey appeared in good shape and dictated the pace of the game from midfield with his calmness on the ball and his ball distribution.

At the end of the 90 minutes, the 27-year old earned high ratings and finished with a passing accuracy of 90%.

In addition, the Black Stars poster boy had 111 touches of the ball, complete 100% of his dribbles, and also won 9 out of 14 of his duels.

The midfield enforcer remains a transfer target of English Premier League outfit Arsenal. His eye-catching performance today is just a reminder of why many believe the Gunners should secure his services.