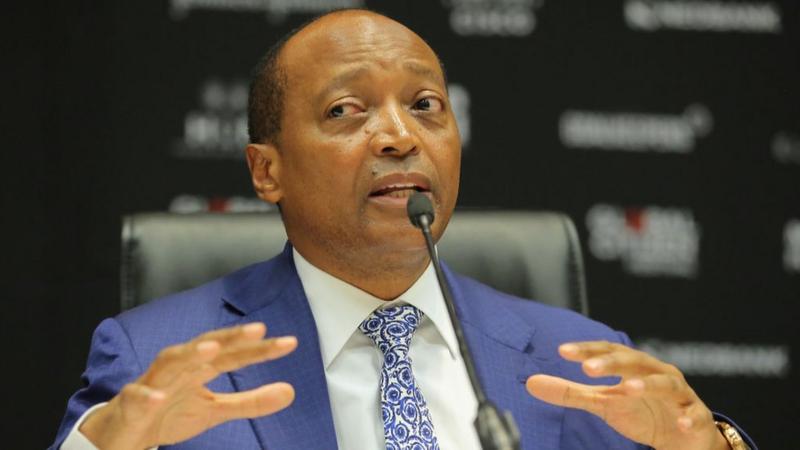 Patrice Motsepe will become the president of the Confederation of African Football (Caf) later this week after Ahmad's five-year ban was reduced to two years by the Court of Arbitration for Sport (Cas) on Monday.

The path for billionaire Motsepe to become the first South African to run Caf has been entirely cleared after three of his rivals - Jacques Anouma, Augustin Senghor and Ahmed Yahya - withdrew their candidacies over the weekend.

The final obstacle to the 59-year-old's coronation on Friday was a potential comeback for recent Caf president Ahmad, who had needed to entirely overturn his ban to be able to contest the elections.

The 61-year-old from Madagascar failed to do this, even if he did succeed in more than halving his sanction and seeing his fine reduced from just over $200,000 to a little over $50,000.

While he was cleared of any wrongdoing in the arrangements concerning Tactical Steel, Ahmad was still found to have breached three other Fifa ethics rules.

"The CAS Panel has partially upheld the appeal and has reduced the length of the suspension imposed on Mr Ahmad to two years, starting today, less the period of suspension already served between 19 November 2020 and 29 January 2021, and has also reduced the fine," Cas said in a statement.

When originally banned by Fifa in November, the game's governing body had cited Ahmad's breach of 'Duty of Loyalty' - which was in connection to his role in the deal arranged between Caf and French gym company Tactical Steel for the latter to provide sportswear.

This was struck off by CAS who 'cleared Mr Ahmad of any breach of the 'Tactical Steel' contracts' owing to lack of evidence to show that the Malagasy, who took charge of Caf in 2017 and had been hoping to be on the ballot for Friday's elections, had personally profited from the deal.

Nonetheless, he was still adjudged to have broken ethics codes relating to the 'offering and accepting gifts or other benefits', 'abuse of power' and 'misappropriation of funds'.

There was unanimity among the three-person Cas panel regarding a lack of proper accounting, regarding payments made to Ahmad, for 'various financial transactions, acceptance of payment in cash, bank transfer and bonuses without a contractual or regulatory basis'.

However, the panel only reached a majority when ruling that Ahmad's organisation of a religious Umrah pilgrimage for Africa's Muslim-only presidents to Saudi Arabia breached rules relating to the offering of gifts in addition to the misappropriation of funds. 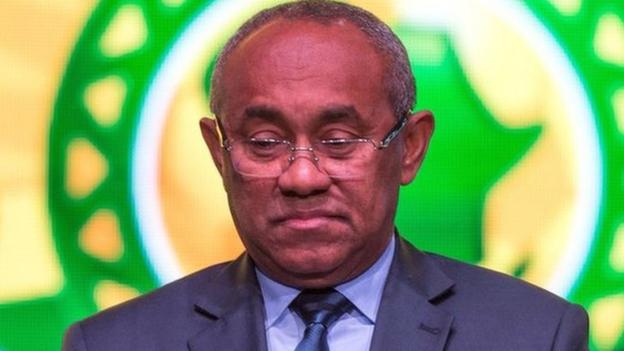 Mining magnate Motsepe, Africa's ninth-richest man with a wealth of $2.9 billion according to Forbes magazine, will now lead Caf into the future.

The owner of South Africa's Mamelodi Sundowns, Africa's continental club champions in 2016, will be crowned Caf president when the elections take place in Morocco on Friday (12 March).

On Saturday, he spoke at a press conference in Mauritania alongside his three onetime rivals - Ivorian Anouma, Senghor of Senegal and Mauritanian Yahya - and Fifa president Gianni Infantino about the decision to come together to back only his candidacy.

"African football needs collective wisdom, but also the exceptional talent and wisdom of every president of every country and every member association," he said. "That's what gives me confidence.

"When we all work together with the experience, talent, and passion, football in Africa will experience success and growth that it hasn't experienced in the past. It requires all of us."

Motsepe, who outlined his ten-point manifesto in Johannesburg in late February, reiterated his desire to build partnerships and sponsorship within the private sector to boost Caf as he spoke in the Mauritanian capital Nouakchott prior to Saturday's African Under-20 championship final.

He also spoke of a belief that an African nation will win the World Cup itself in the near future.

"Our objective must be that one of the countries will win the World Cup," he said. "I think it will happen soon. The talent is there.

"Continuous investment in youth and academies and making competitions globally competitive will be key. We do need the private sector to get involved with financial resources. The commitment to improve and continue to invest is there and the governance transparency is an excellent foundation."