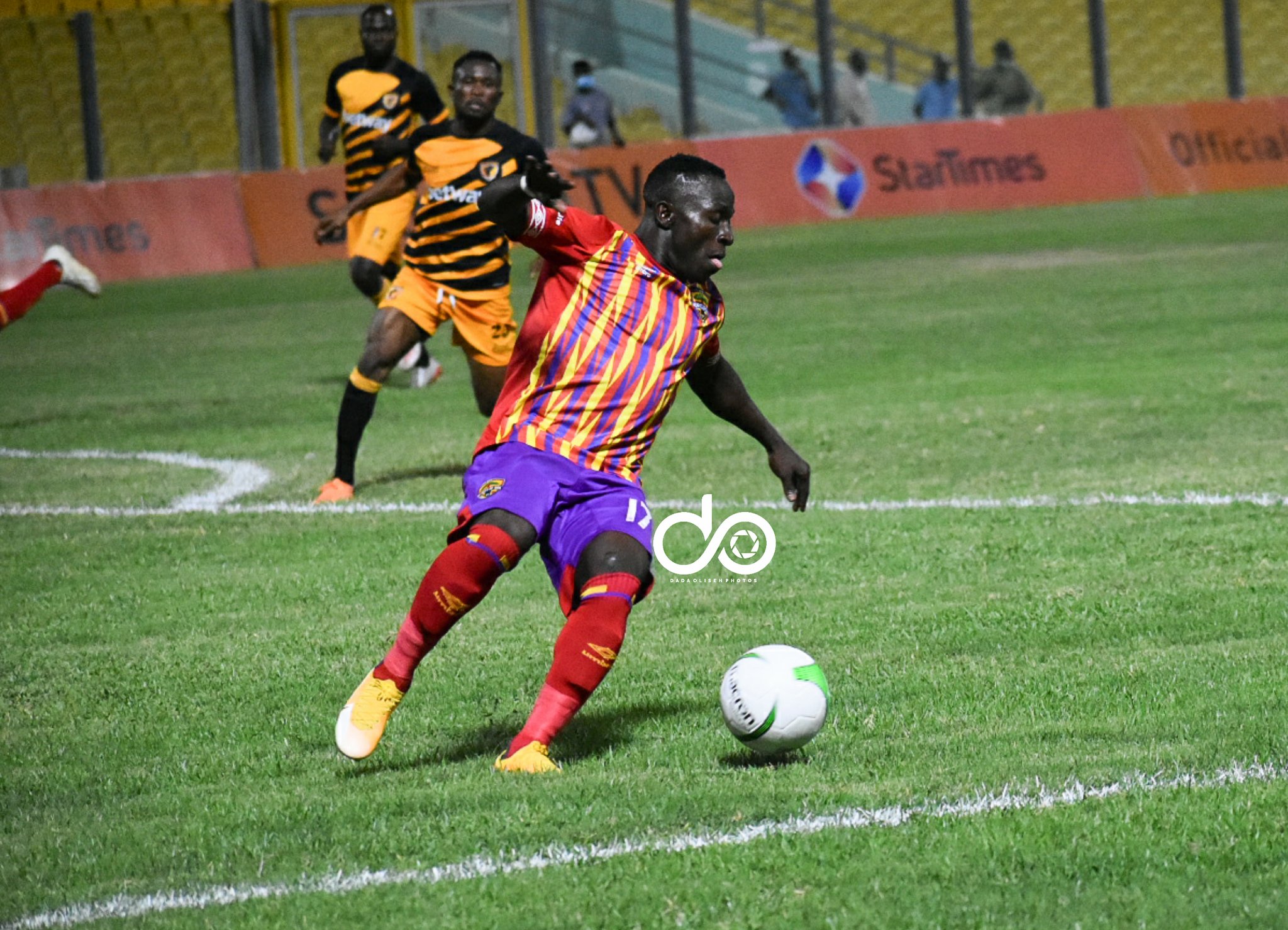 Winger Patrick Razak has been named the ‘Man of the Match’ after his outstanding performance in Hearts of Oak’s draw against Ashanti Gold SC.

The two clubs were in action at the Accra Sports Stadium this evening to honour a date on Matchday 2 of the 2020/2021 Ghana Premier League season.

On the day, Patrick Razak who rejoined Hearts of Oak in the off-season earned a starting role for the side.

Lasting 90 minutes on the Matchday, the highly-rated forward displayed outstanding form while providing the assist for his team’s second goal of the day.

In the end, a brace from Kojo Obeng Jnr was canceled out by two goals from Hans Kwoffie to see Hearts of Oak sharing the spoils with Ashanti Gold SC.

Assessing the performance of players on the day, Patrick Razak has been named the Man of the Match for his stellar displays.