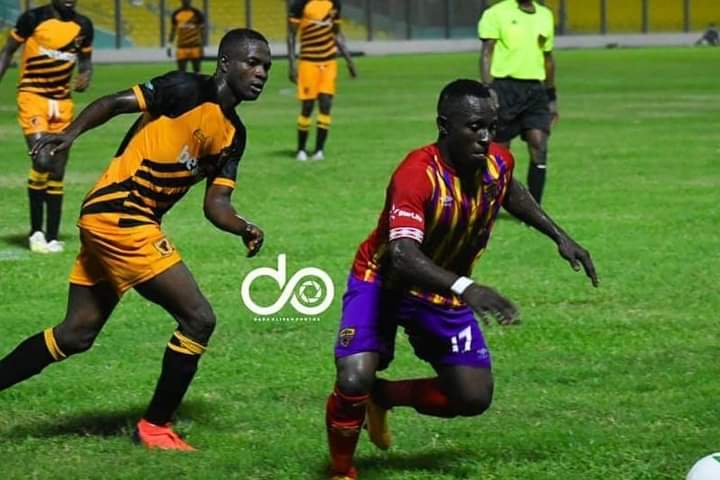 President of the Sports Writers Association of Ghana (SWAG), Kwabena Yeboah has expressed optimism in the chances of Patrick Razak earning a call-up to play for the national team if he continues playing well.

The Hearts of Oak winger was in action for the team last Tuesday when they drew 1-1 with Ashanti Gold SC at the Accra Sports Stadium.

On the Matchday, Patrick Razak displayed outstanding form and finished the 90 minutes with the 'Man of the Match' award.

Speaking on the performance of the pacey forward in an interview with Hot FM, Kwabena Yeboah says he has no doubt he will get a call-up to play for the national team if he maintains his form.

“Patrick Razak was exceptional in the Hearts of Oak and Ashgold game and if he keeps on playing well he will get national team call up,” the SWAG president noted.

Razak in the past played for the Black Stars B team and was part of the side that won the WAFU Zone tournament in 2017. He is however yet to play for the senior national team of Ghana.