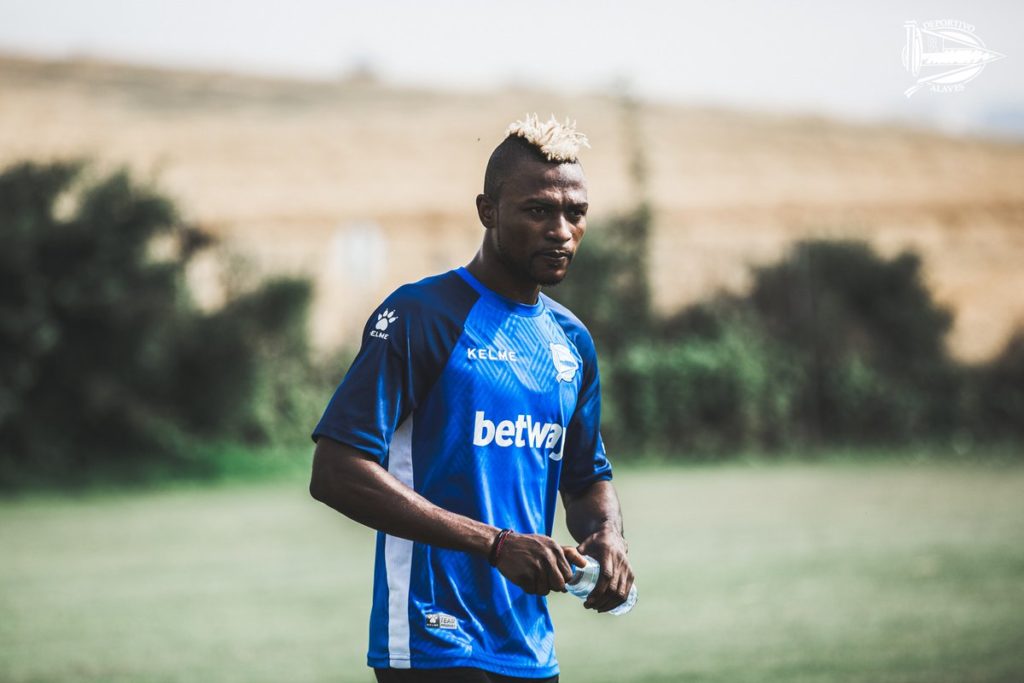 Ghanaian attacker, Patrick Twumasi has arrived in Turkey to ahead of his switch to Gazişehir Gaziantep.

The newly-promoted Super Lig side are reported to be interested in the striker as they seek to loan him for the rest of the season from Deportivo Alaves.

The 25-year-old left Spain on Thursday and is expected to pen a deal to confirm his switch to the Turkish club.

Patrick Twumasi who joined Deportivo Alaves last season made only 14 appearances in all competitions for the club.

The former Astana forward who had a great stint at the club could not replicate the same form for the Spanish club and hence the decision to make him find enough playing time elsewhere.

Ghanaian duo Abdul Raman Chibsah and Aziz Tetteh have all joined Gazişehir Gaziantep with the Club aiming to make huge impression in the Turkish elite division this season.