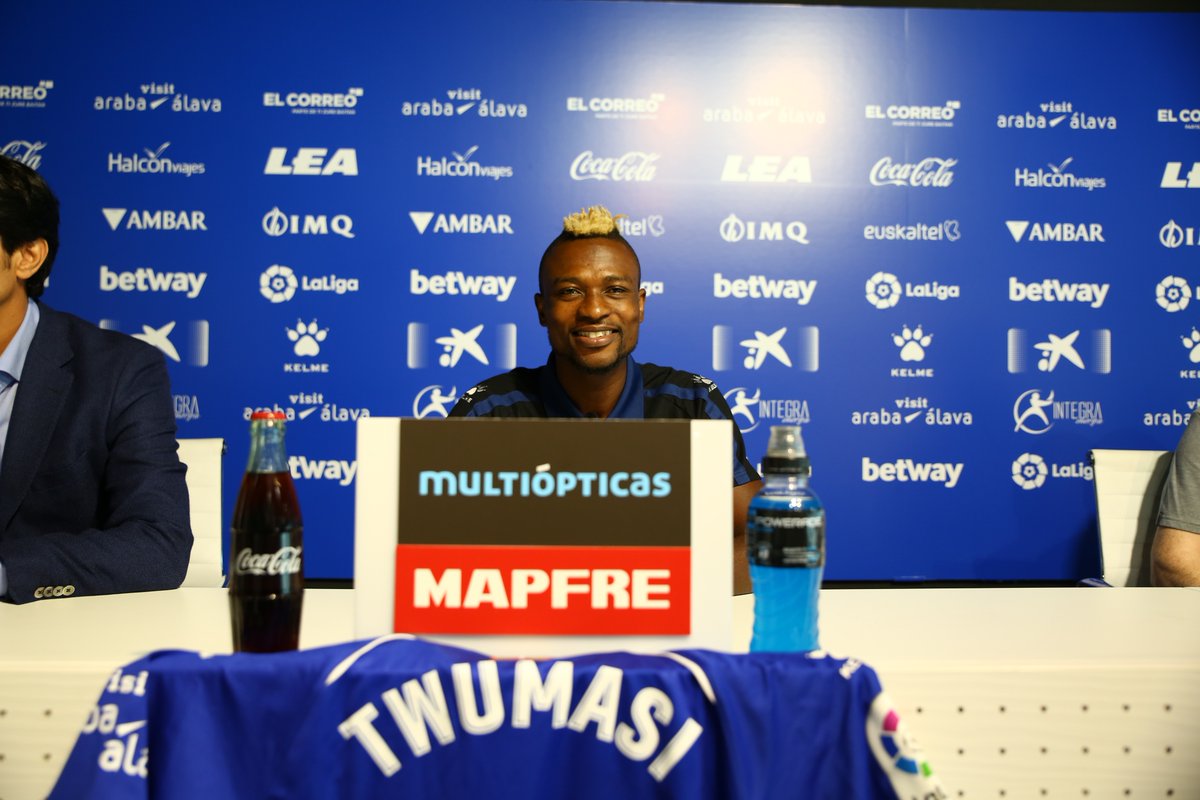 Twumasi was presented to the media on Monday after completing a move from Astana to the side last week.

“Twumasi is a player that will provide versatility, speed.. it is a satisfaction to have players from the minute 1 understand that this protector will help them grow as players. Your luck will be everyone’s,” he told the club's website.

Patrick Twumasi joined Alaves on a four year deal after leaving Kazakhstan giants Astana, where he spent five years, scoring over sixty goals for the club.

He joins compatriot Mubarak Wakaso, who has been with the club for a season now and the two are set to be key members of the team.