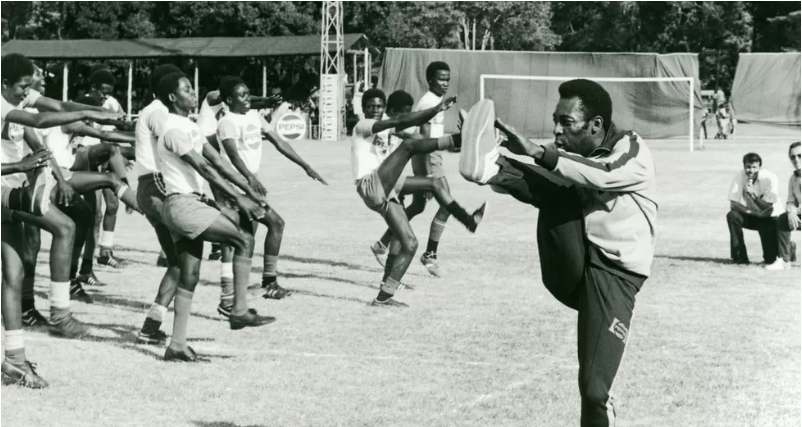 Being one of the very first young black sporting superstars of the television era, Pelé drew the love and affinity of Africans across the continent.

As decolonisation movements swept across Africa in the late 1950s and early 1960s, Pelé was invited by newly independent countries to play in prestigious friendlies with his club Santos FC and the Brazilian national team.

In his autobiography, Pelé said that the following decades and subsequent repeated trips to the African continent, "changed not only my view of the world but also the way the world perceived me".

The author of the Almanac of FC Santos, Guilherme Nascimento, correctly pointed out that the African trips were "so full of stories that there is no clear boundary between legend and fact".

His time in Algeria, for instance, was like something out of a film.

In 1965, the 24-year-old arrived while film director Gillo Pontecorvo was shooting The Battle of Algiers.

As a result, it was perfectly normal to see battle tanks shuttle across Algiers from downtown to the Casbah.

Algeria's football-loving President Ahmed Ben Bella scheduled two friendly matches for the occasion - one in Oran on 15 June, and one in the capital, Algiers, four days later.

However, on 17 June, Ben Bella's own Minister of Defence Houari Boumediene carried out a coup d'etat, deposing the president and cancelling the second match.

Some credible journalists and historians believe that Boumediene may have used the commotion around Pele's arrival as a distraction in order to carry out his coup. 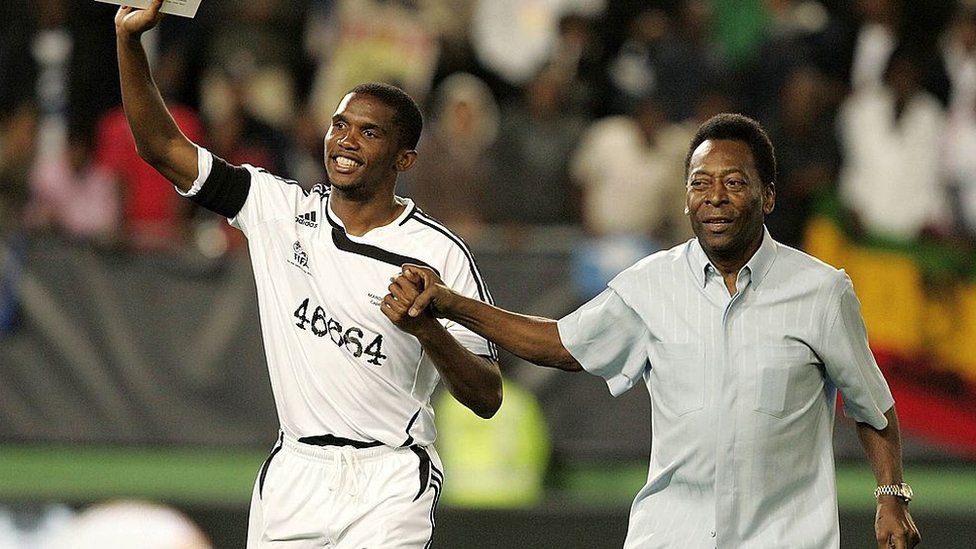 Pele's multiple visits to Morocco were much less tumultuous, yet just as legendary.

It was said that he had very kind words for the Moroccan delegation at the 1970 World Cup in Mexico, as they were the first African nation to have qualified for a World Cup since Egypt in 1934.

On another trip, he was alleged to have spoken about Larbi Ben Barek, a Moroccan contemporary of his, who played for Olympique de Marseille and Atletico Madrid.

"If I am the king of football, then Ben Barek is the god," he supposedly declared.

Pele's trips to Nigeria and the Democratic Republic of Congo have also become shrouded in lore.

During both trips, he was apocryphally credited with instilling peace in the country that was hosting him.

The Nigerian Civil War raged from 1967-1970, yet when Pele visited in 1969 to play in an exhibition match versus the Nigerian national team, there were claims that a 48-hour ceasefire had been declared.

"I'm not sure it's completely true," Pelé said in his book.

"But the Nigerians certainly made sure the Biafrans wouldn't invade Lagos while we were there," he said, recalling a huge military presence. There was never much of a chance of that happening though, as the Biafran separatists were at least 500km (310 miles) away and being pushed back by the army.

By 1976, American soft drink company Pepsi harnessed Pelé's popularity on the continent and sponsored an East African trip to Kenya and Uganda for the retired star.

There, "The King" successfully marketed the beverage and ran different football camps for young players in the two countries.

In Kenya, fans gained admission to the venue by presenting bottlecaps of the soft drink - six for adults, three for children. 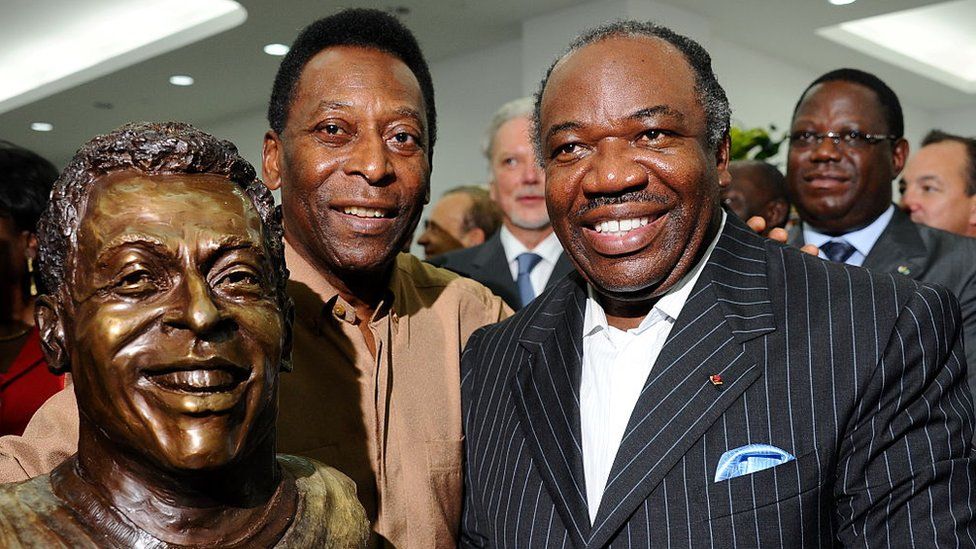 Image caption: Pele with Gabon President Ali Bongo at the unveiling of his statue in 2012

Besides the high-profile visits, the symbol of Pelé meant a lot to aspiring footballers around Africa.

"When I arrived in Europe, us Africans only had Pelé, Mohamed Ali and Eusébio as visible stars," said former Malian footballer Salif Keita.

One of Ghana's most influential footballers, Abedi "Pele" Ayew, was even nicknamed after the Brazilian football legend.

"Personally, I was immensely inspired by his greatness, and to be likened to him and bear his iconic name throughout my playing time and beyond, is an absolute privilege and a priceless honour," he told the BBC.

Pelé was always a proponent of African progress at the Fifa World Cup tournaments.

His apocryphal prediction in the mid-1970s that an African team would win the tournament before the year 2000 is always a hot topic before each tournament kicks off.

It is fitting that his final social media post included a few words of congratulations for Morocco's historic World Cup run in Qatar.

"I couldn't fail to congratulate Morocco for the incredible campaign. It's great to see Africa shine."