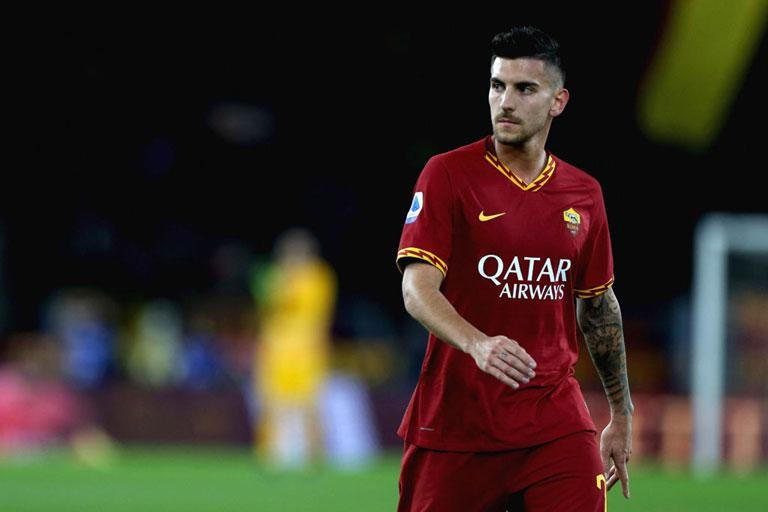 With victory over Juventus on Saturday night, Roma concluded the 2019-20 Serie A TIM season on an eight-match unbeaten run – securing fifth in the final standings. Asroma.com spoke to midfielder Lorenzo Pellegrini about the highs and lows of the league campaign – as he also cast his attention towards the one challenge still remaining this season, as the Giallorossi head for Germany for the conclusion of the Europa League.

Here’s what Pellegrini had to say about the test Sevilla will pose, his personal progress this season, the mood within the squad right now, and much more…

The win over Juventus brought an end to Roma’s Serie A season: what assessments can you make about the campaign?
“In general, the first word that comes to mind is ‘restart’. This year I saw something different throughout the place, in a lot of different aspects. We changed the coach, we had a lot of new arrivals, and we got to know them all. The season we had was not the best and not the worst. If you think about what we showed in the early part of the season, then perhaps we had the potential to finish a little higher up, but in my opinion we showed a lot of good things too.”

What has a coach like Paulo Fonseca brought to this squad?
“Personally what I like most about the boss is that he is an ambitious coach, with a lot of desire to win and to improve – yet he’s still able to face everything that happens with complete calm. I think that is something that can’t be overlooked; sometimes in that role you can deal with certain situations with anxiety or stress but he is always able to transmit calm to the group and I really admire that about him. Technically and tactically, too, I think he has already shown what a great coach he is.”

Is there one match in particular where you think Roma really showed what they are capable of?
“I think there were a few different occasions. Against Inter Milan at the Olimpico we played an incredible match, both tactically and physically. We ended up drawing that one because of a bit of bad luck at the end – but it was still a great performance against a really strong opponent. The other one that everyone probably remembers is the one in Florence, the last game of 2019. In my view that was a perfect performance; we were hungry and determined yet we also played throughout with calm and focus. Those are the sort of details that make you understand what it takes to become a great side, details that you can improve on with time.”

On the other hand, then, is there a game you wish you could play all over again?
“Against Juventus in the Coppa Italia – we could have done a bit more in that competition, but we had to face them straight after the away game against Parma too. I would like to play that one again, because it came during the toughest part of the season. During that same period we also had the derby, which in the end was a disappointing result for us even if we played well. We had so many chances in that game it was ridiculous we ended up drawing.”

You finished the season with nine assists in Serie A – what was the secret behind that for you?
“So many things. On a personal level I think I’ve grown a lot, thanks to playing in a lot of games at this point, and some of the errors I’ve made in those – because that’s the only way you grow and improve. The coach has been really important too, by moving me a little further forward on the pitch he realised he could get more out of me and my attributes. And then there is the understanding I have with my teammates: they know how I move, how I think, where I’m looking around. It’s no coincidence that I provided more assists for Edin [Dzeko] than anyone else – he’s known me for a number of years now.”

You have mostly played in two positions this season: as a deeper midfielder in front of the defence, or further forward behind the striker. How does your style of play change in those two roles? Is there one you prefer?
“I prefer to play a bit further forward, really, because as the deeper-lying midfielder I need to improve when we don’t have the ball – to provide cover and support for the defenders behind me. With the new setup we have though playing in the two in midfield would be different, though, because those two now are positioned more in front of one another. So I could play in the role of the one with more licence to go forward – that would allow me to touch the ball a lot, which is the thing that helps me grow into games and grow more confident each time.”

How are you physically? The coach has said recently that it hasn’t been the easiest season for you in terms of fitness…
“It’s been a difficult season in that regard, yes. I’m working really hard on my fitness and how to avoid muscle problems. But I have to say I have been unlucky too: I broke my foot in Lecce and that lay-off made it difficult for me to find consistency from a physical standpoint. With the way my body is, a long period out like that is an issue, because someone like me needs to play a lot in order to get to 100%. Now, however, I’m feeling really good – the coach has given me the chance to play every game for almost six weeks with continuity.”

What about the surgery on your nose? Will it be hard to play with a mask on?
“I’m fine, I’m getting back there. These next two days before the game will be really important for me, to work on my breathing – that’s the thing that I’m most focused on. Wearing the mask is something I don’t have a problem with, I’m not going to complain – I will absolutely wear it in order to play in the last-16 of the Europa League. I want to be able to help my teammates.”

What is the spirit like within the squad? Going eight games unbeaten feels like it has brought everyone together – is that the case?
“We are doing well. Even during the tough moments, when we lost three games in a row, here at Trigoria there was always the sense that things were going to get much better very quickly. Unfortunately losing those games meant that in the end we weren’t able to put pressure on those ahead of us in the league, but overall we were still able to show the quality we have as a group. There were never any problems within the group. A few incidents that have been talked about were always blown out of proportion elsewhere.”

Is it tougher to wear the Roma shirt when you are a fan, born and raised in this city?
“For me, being here and wearing this shirt isn’t a weight on my shoulders – it’s an honour. I grew up here and I owe a lot to Roma. It’s really a great honour, for both me and my family. I never look back though, I concentrate only on making sure I keep improving and making sure Roma have the best Lorenzo possible. I don’t want to be compared with anyone, but I don’t want to be exempt from criticism either – I know that’s part of it, it’s the job we do, and I know there are those that expect a lot of me and rightly so. I always try to see the positive side of things, to try and get better and stronger.”

In March you went from preparing for an away trip to face Sevilla to a full lockdown in just a few days – what was that period like for you, being so far away from a football pitch?
“On a human level it wasn’t easy, it was a strange period. It’s not easy to adjust to something so unique, so unexpected – an unknown threat that really you only experience through the newspapers. So many have really suffered, though, and there are those that have lost family, friends, a loved one, those working on the frontline too. We can’t forget what we all went through and all those that are no longer with us. It’s right that we start to take back some normality in our lives - but we always have to keep what has happened in mind, to avoid letting our guard down and putting anyone at risk. We need to think about those who lost their lives because of this.”

In two days you will face Sevilla. What sort of Roma will we see?
“I think we will see a great Roma. We have drawn one of the best sides in the competition, it’s true, but I am sure we will go there and put in a great performance, with the attitude and desire to win. We will need to give it our all and I am sure we will do that.”

What potential for improvement do you see in this team, even looking ahead to next season?
“The room for improvement is massive. At times we’ve shown some good things, at others we failed to do that – and that’s on us. But we can still find consistency, especially in our mental approach and the way we go to work every day. We want to keep improving and developing as a group and be in a position where we are able to achieve important things.”