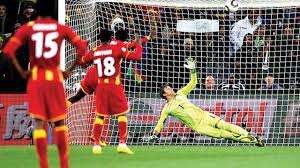 Ghana has had its fair share of heartbreaks from the penalty spot. The Black Stars especially felt its sting at the 1992 and 2015 Africa Cup of Nations finals against Ivory Coast.

The senior national team also failed in the art of converting spot kicks in the quarter finals of the 2010 World Cup against Uruguay.

In 2019 alone, the Black Stars, Black Stars B and Black Meteors lost important fixtures because of penalties. The Black Meteors were perhaps the most unlucky, losing twice in penalty shoot outs in the U23 AFCON semis and third place playoffs.

Stakeholders of Ghana football have placed the blame on luck. Some have also mentioned a curse.

Dr. Elvis Hagan, a sport psychology and intelligent systems lecturer at Bielefeld University has a different view to this phenomenon.

In his hunt to bring new ideas in sports psychology in Ghana, he served on temporary basis with the Spain and England national teams to understand the technical aspect of penalty taking. 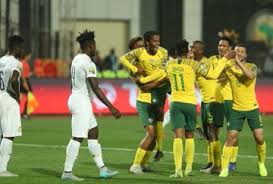 “Goalkeeper independent strategy is when the player fixes his eyes on a particular spot in the post and does not change his mind no matter what the goalkeeper does,” he told footballghana.com.

“For goalkeeper dependent, the player makes a run up or walk to the ball whilst waiting for the goalkeeper to make a move before he directs the ball into the net (usually on the opposite side of the goalkeeper’s stretch).”

“We also have the opposite independent strategy. The player looks at one side but places the ball on the other side of the net.”

On the strategy that is used most, he mentioned the goalkeeper dependent strategy but added that it has not really fared well on the biggest stages.

“Research till date shows that of all the kicks at the highest level, 70% have been the goalkeeper dependent strategy. Unfortunately, a lot of failures have been accounted for using this strategy.”

Dr. Hagan also revealed some of the things usually taught to the youth in Europe at early stages.

“In penalty taking, you need to have a stance. You also need to have a particular movement or approach to taking them. The last bit is the execution itself that is the kicking of the ball. These are taught at the very early stages.”

The lecturer gave a further insight on how a player should move when taking penalties to achieve the desired outcomes. 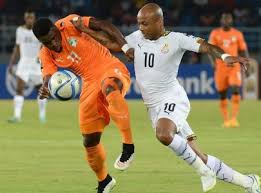 “If you are a right dominant player and you want to use an even number walk or run to play a penalty, you have to use your non-dominant foot to start. For example, if I am using four strides to play the kick, the third stride should be that of the non-dominant foot. It will serve as a pivot for my dominant foot to power a shot.”

“Not everyone runs the same way or take the same strides. The height of a player plays a part in that.”

“If a right dominant player uses an odd number stride to play a penalty, he should start with the dominant foot in his run or walk sequence, not the opposite one.”

“All these are also applied to left dominant players. These are the issues that come with playing penalties.”

He also mentioned that the psychology of the player plays a role in perfectly executing a penalty kick.