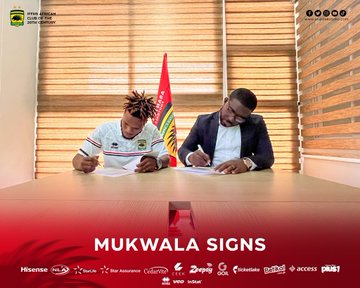 Asante Kotoko have completed the signing of Ugandan forward Steven Mukwala from Uganda Revenue Authority Football Club ahead of the start of the 2022/23 season.

The 23-year-old joins the Ghana Premier League champions on a two-year deal with an option to extend for a further year after passing his medicals. 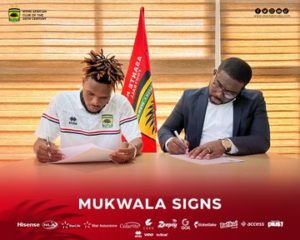 The club announced the signing via their twitter handle on Wednesday.

Mukwala has been tipped to replace Cameroonian striker Franck Mbella who is said to be on his way out of the club.

He scored 13 goals in 26 games for Uganda Revenue Authority SC (URA) in the Ugandan league last season, propelling the club to finish third with 55 points at the end of the campaign.

Mukwala has previously had stints with Vipers and Maroons FC in Uganda.

Kotoko won the Ghana Premier league last season and will be competing in CAF Champions League in the upcoming season.

The Porcupine Warriors will wrap up their pre-season in Turkey as they prepare to go all out in the Champions League and defend their league title.