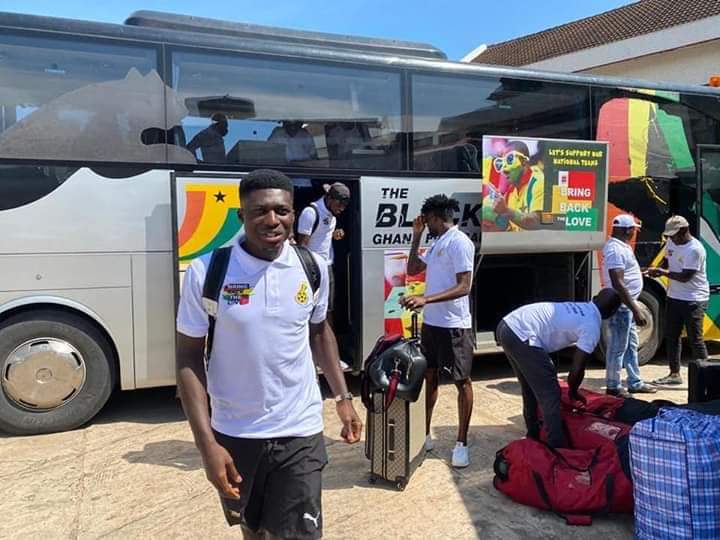 Footballghana.com brings you some exclusive pictures from the Black Stars team’s arrival in Cape Coast this afternoon as they pitch camp in the Central Region ahead of their game against South Africa in the qualifiers to the 2021 Africa Cup of Nations (AFCON) tournament.

The contingent that left Accra earlier this morning includes 21 out of the 23 invited players as well as the technical team and the president of the Ghana Football Association (GFA) Kurt Okraku.

Having arrived in Cape Coast, the team will train later this evening before getting some rest. They will then return to training on Wednesday evening before going up against the Bafana Bafana on Thursday.

The titanic encounter will be played at the Cape Coast Stadium and will kick off at 19:00GMT. 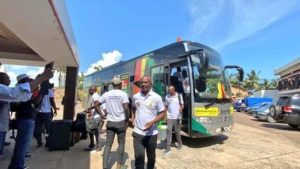 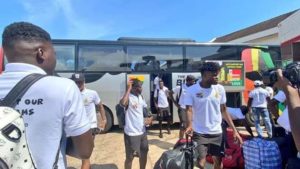 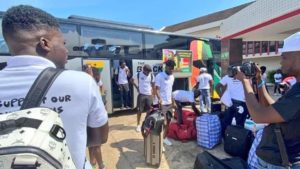 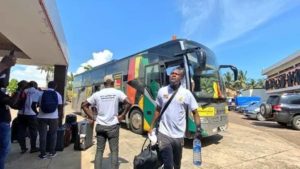