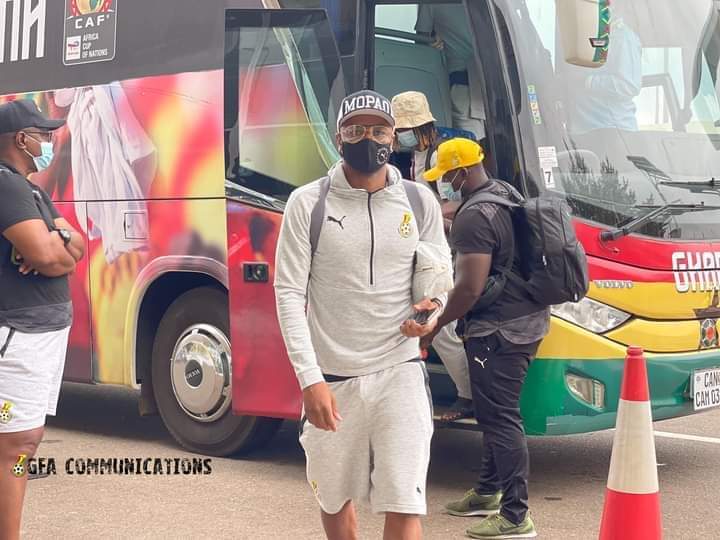 Ghana have departed Yaoundé for Garoua ahead of their final Group C game against Comoros on Tuesday at the ongoing 2021 Africa Cup of Nations.

Black Stars left via a flight as the team plans to arrive early and prepare for the must-win game against the debutants.

The four-time African champions conceded in the 89th minute to draw with the Panthers in a match Ghana needed to win to stand a good chance of progressing to the knockout stage.

Milovan Rajevac's side will be without Benjamin Tetteh, who has been banned for three matches by the Confederation of African Football (CAF) for his role in the melee that happened in the 1-1 draw against Gabon on Friday.

Ghana sit third after two matches with one point and will have to beat Comoros at all cost to progress to the last 16.

Below are photos of Black Stars leaving Yaoundé for Garoua on Sunday: 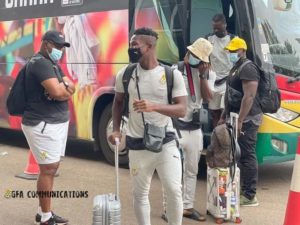 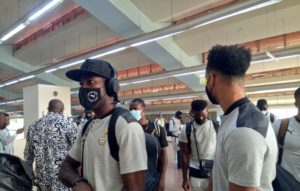 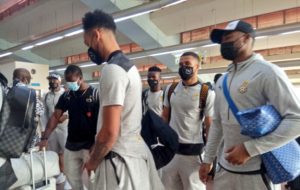 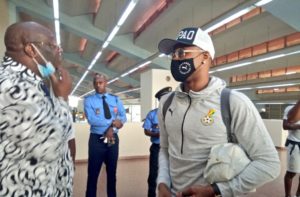 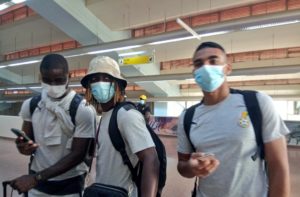 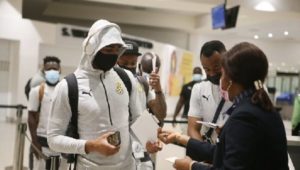