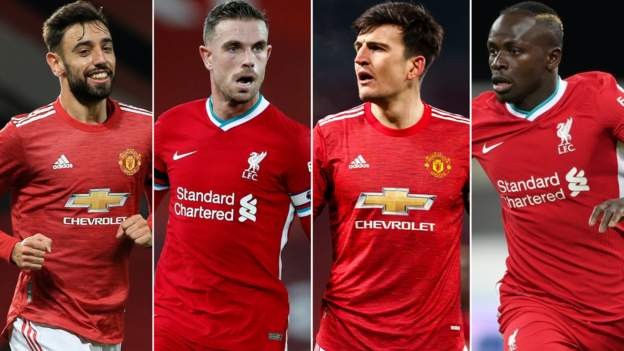 A title race still wide open after Christmas? Who would have thought it.

After Manchester United secured a 1-0 victory at Burnley on Tuesday, Ole Gunnar Solskjaer's side now sit three points clear of defending champions Liverpool at the top of the Premier League table.

The two teams face each other in a huge league game at Anfield on Sunday - but which players would make your combined XI?

For this selector, we have entered a world where Liverpool defenders Virgil van Dijk and Joe Gomez - both missing from Jurgen Klopp's squad through long-term injuries - are available for selection.

Have a go at picking yours and share it using #bbcfootball.

Liverpool host league leaders Manchester United this weekend in the Premier League - but which players would make your combined XI?