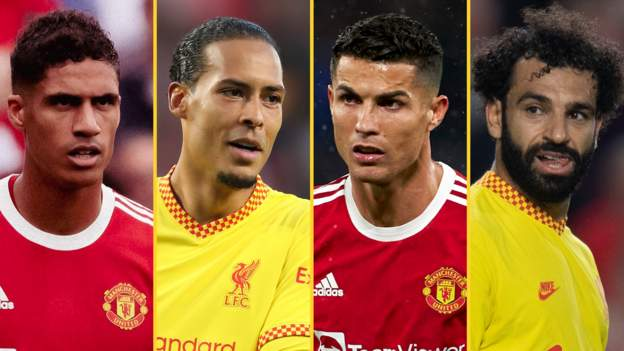 Which of these stars would make your team?

Ole Gunnar Solskjaer's side are aiming to regain momentum, while Jurgen Klopp's Liverpool team are second, just a point behind leaders Chelsea.

Both sides are packed with stars with the likes of Raphael Varane, Virgil van Dijk, Cristiano Ronaldo and Mohamed Salah all available for selection - but who would make your combined XI?

Have a go at picking your team and share it using #bbcfootball.

Manchester United host bitter rivals Liverpool in the Premier League on Sunday but who would make your combined XI?