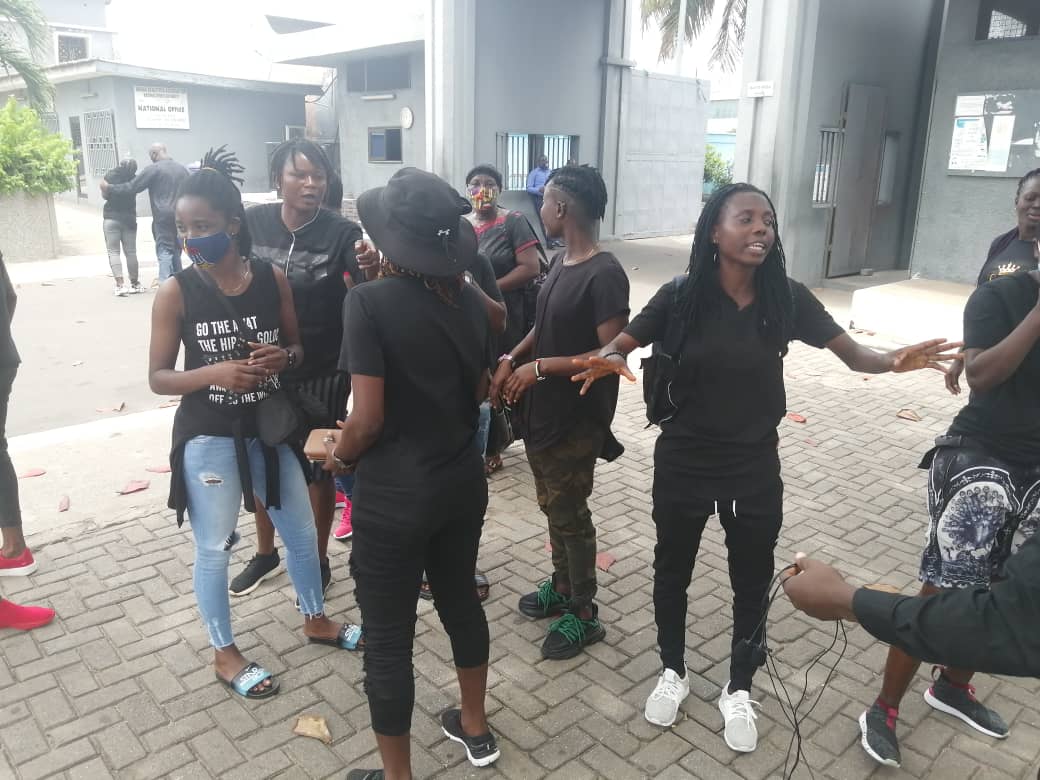 Black Queens players have today picketed from the Accra Sports Stadium to the Ministry of Youth and Sports to demand unpaid bonuses from 5 years ago.

Players who took part in today’s demonstration exercise were in the squad of the Black Queens team that won gold at the 2015 All Africa Games in Congo after beating Cameroon by a lone goal in the final match played at the Kintele Stadium in Congo.

The then Sports Ministry of the erstwhile NDC government failed to pay the players the bonuses they were promised.

Four years since the new government took over, the Black Queens players have still not been paid.

Today, the team has demonstrated to the Sports Ministry and are threatening to sleep there if their monies are not paid.

“We are not leaving the Ministries today. We brought our mattresses and are ready to sleep here until our bonuses are paid. We are owed from 2015/16”, one of the players, Nana Ama Asantewaa has told Pure FM in an interview.

It is understood that the Black Queens are owed bonuses that sum up to about $12000. 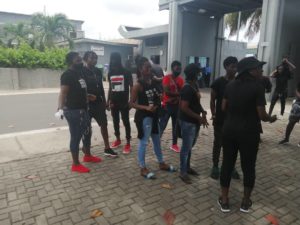 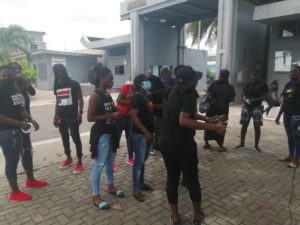 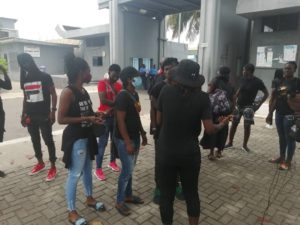 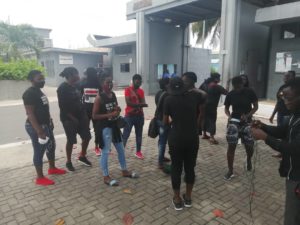 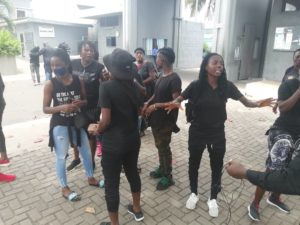