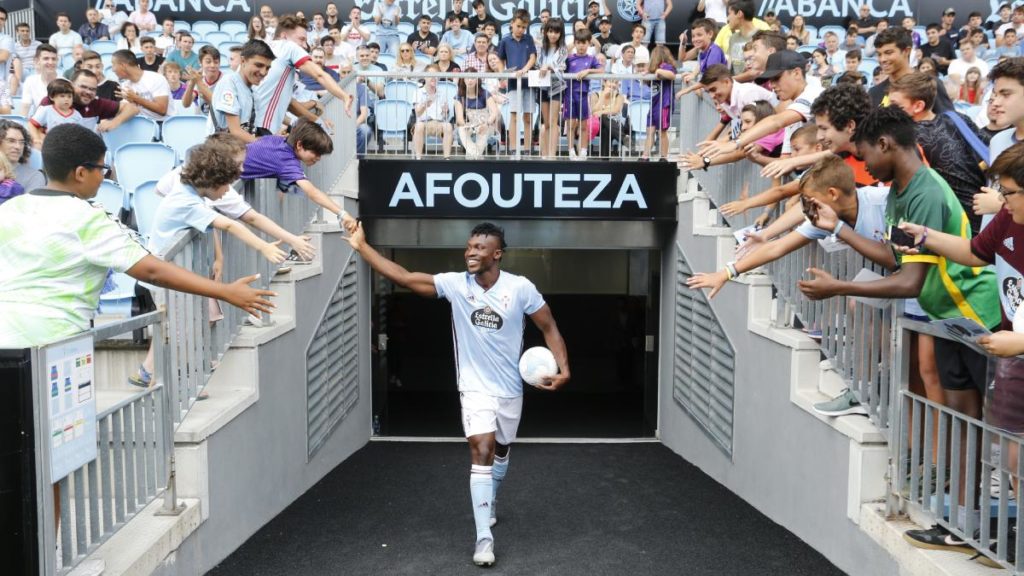 Spanish La Liga club Celta Vigo has officially unveiled Ghanaian International Joseph Aidoo to their fans after completing his signing a couple of days ago.

The Black Stars defender penned a five-year deal with the side after the team crushed out of the 2019 Africa Cup of Nations (AFCON) tournament which is currently ongoing in Egypt.

After joining Vigo from Belgium giants KRC Genk, he has been unveiled to his new fans at the Balaidos Stadium.

He took time to interact with the supporters who came to watch his unveiling and signed autographs whiles snapping pictures with them as well.

You can watch some of the catching pictures from the shots below: 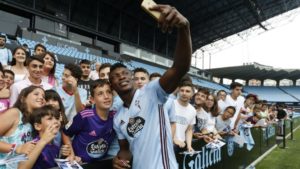 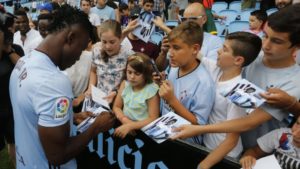 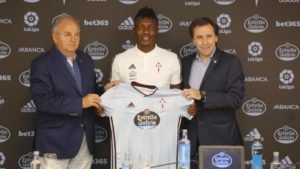