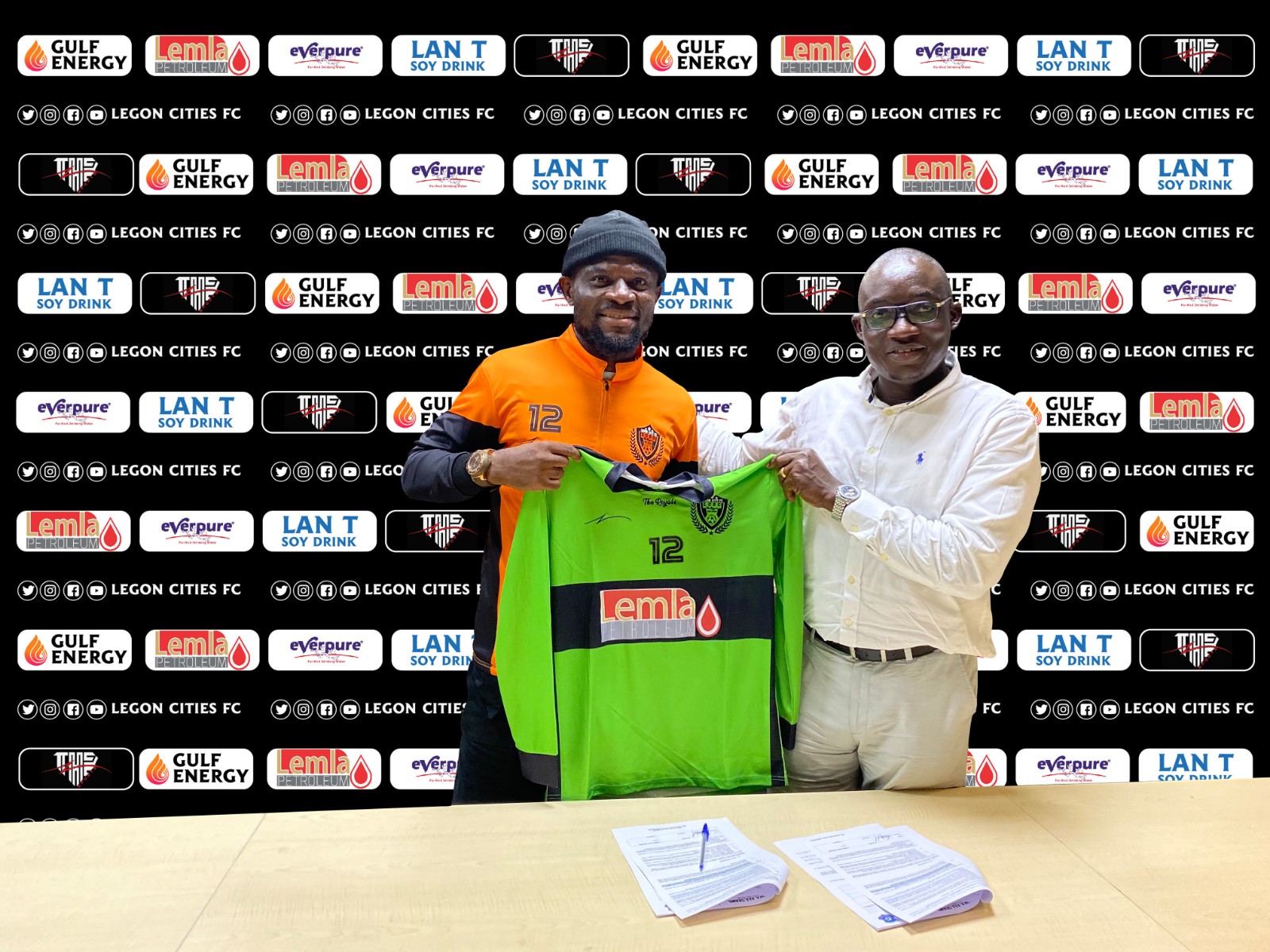 Ghanaian club Legon Cities FC has wrapped up the signing of experienced goalkeeper Fatau Dauda to help them in the 2019/2020 Ghana Premier League season.

The former Black Stars shot-stopper has been training with the club for at least the past four months after he parted ways with Nigerian giants Enyimba FC when his contract with the side expired.

Ahead of match week 2 of the Ghana Premier League season, Legon Cities FC has officially announced today that Dauda has put pen on paper to sign a contract with them.

The veteran goalkeeper joined the club, [formerly known as Wa All Stars] as a free agent but will no doubt play an important role for them in the ongoing season.

Below are pictures of Fatawu Dauda’s presentation after the deal was sealed. 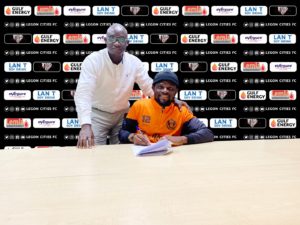 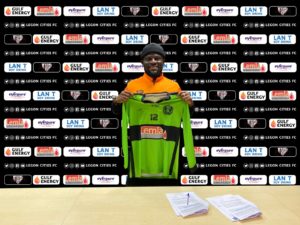