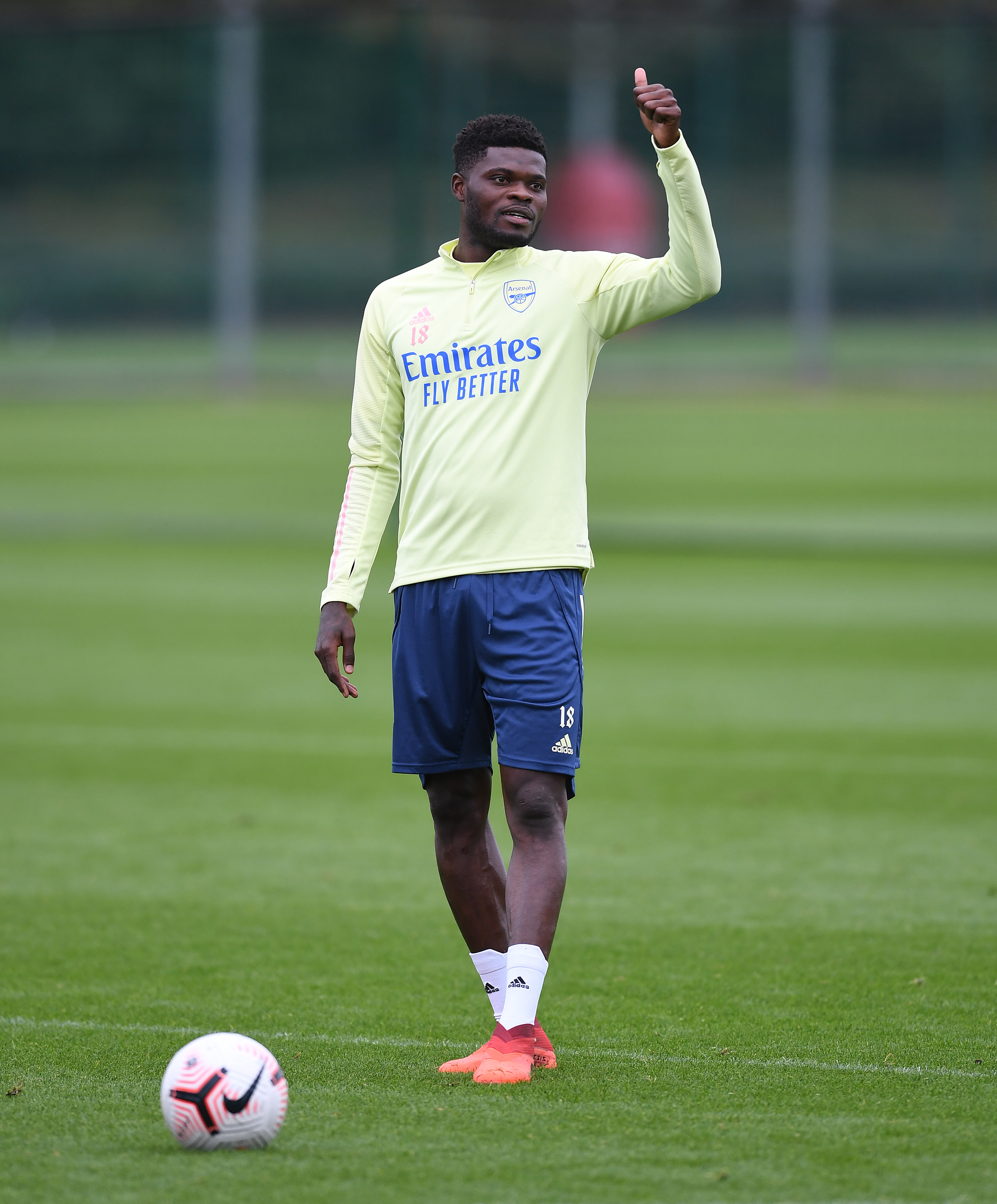 Thomas Partey has stepped up training at his new club Arsenal ahead of the team’s clash with Manchester City in the English Premier League.

The Ghana poster boy joined the Gunners on the transfer deadline line from Atletico Madrid for a fee of 45 million pound.

Due to a call-up to play for his national team in the international break, Thomas Partey’s arrival at Arsenal had to be delayed until just last Tuesday.

Following his official unveiling in the last 24 hours, the midfield maestro has trained with his new teammates today.

He is captured in pictures posted on the Twitter page of Arsenal training with his teammates. It is unclear whether he will be in action against the Citizens or manager Mikel Arteta will want to delay his debut.

Check out the pictures below: 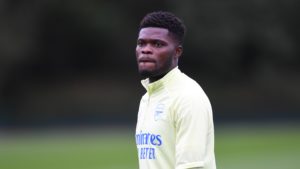 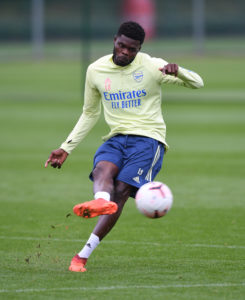 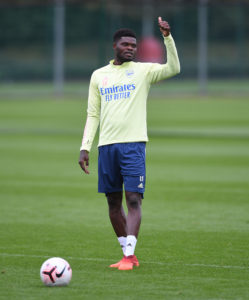