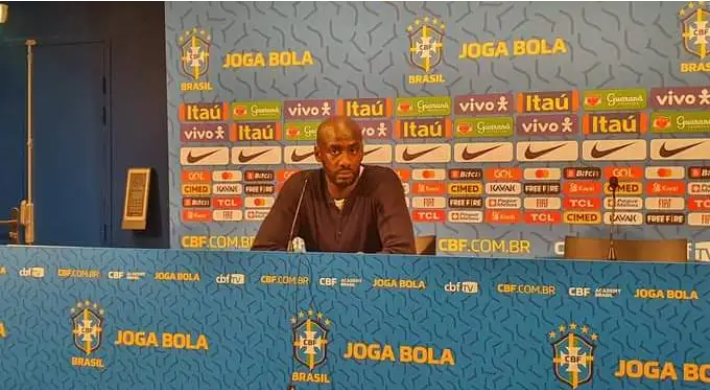 Ghana coach, Otto Addo has admitted that he made mistakes in his player selection following Black Stars' defeat against Brazil.

On Friday night at the Le Harve in France, the West African country suffered a 3-0 defeat against the five-time world champions.

Addo fielded a relatively weaker side but speaking after the game, the Borussia Dortmund assistant gaffer said he has learned from the defeat and will ring changes based on performance against Nicaragua on Tuesday.

"I think I made mistakes," he said after the game.

"I learned a lot more about my players and picking the next start XI will depend on the performance in this game," he added.

Richarlison struck twice as Brazil showcased their World Cup credentials by putting on an attacking masterclass.

Marquinhos headed Brazil in front from a corner and Richarlison doubled the lead before the half-hour.

The Tottenham Hotspur striker nodded in a third on 40 minutes.

Ghana will on the 27th of September engage in another friendly against Nicaragua in Spain before they later play Switzerland on 17th November, 2022.