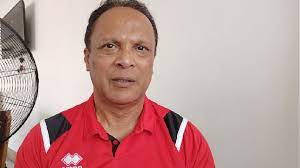 Asante Kotoko new head coach, Mariano Barreto has won his first match with the team following their 4-0 thrashing of Bechem United in the Ghana Premier League on Wednesday afternoon.

The Portuguese tactician was appointed to head the technical bench of the Ghanaian giants at the end of the first round of the 2020/2021 top-flight league campaign.

Last weekend, he watched his team from the stands when they drew 1-1 against Techiman Eleven Wonders due to the unavailability of his work permit.

With the permit issues sorted out, coach Mariano Barreto was in the dugout today when Asante Kotoko hosted Bechem United at the Obuasi Len Clay Sports Stadium.

Getting his tactics right, the Reds cruised to an emphatic win over the opponent courtesy of goals from Abdul Ganiu, Fabio Gama, Andy Francis Kumi, and Michael Vinicius.

The win is the first for the gaffer who hopes to lead Asante Kotoko to the CAF Champions League next season.