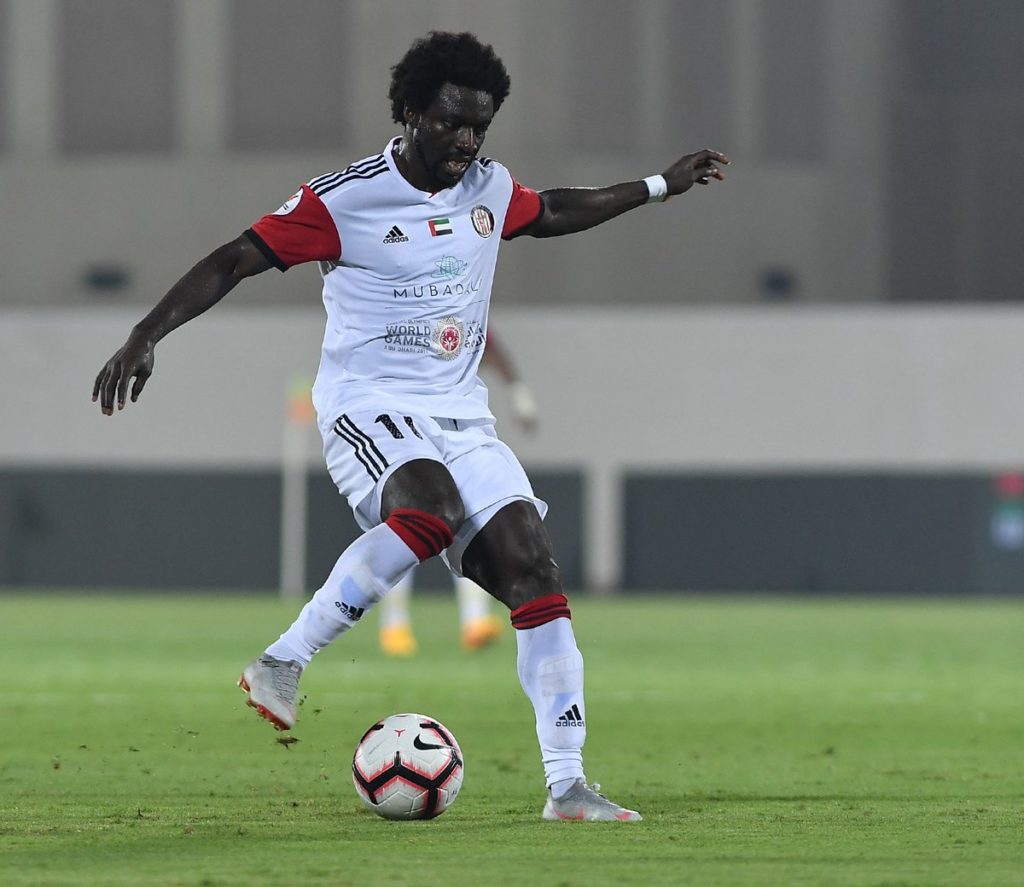 Ghanaian international, Ernest Asante was part of Al-Hazem FC’s squad that made the trip to Slovenia to continue their pre-season training ahead of the start of the Saudi Pro League.

The winger recently completed his move to the Saudi club from UAE side Al Jazira and is expected to be instrumental for his team when they begin their campaign in the upcoming 2019/2020 season.

His new coach Daniel Isaila traveled with him to Slovenia as he bid to apply final touches to his squad in hopes of challenging for the Saudi Pro League title.

Al-Hazem FC engaged in a number of friendlies and recorded a massive 6-1 victory against a select side from Slovenia.

In addition, they tamed Al Fateh 1-0, drew with Hungarian side Siofok 1-1, and disappointingly lost 3-0 to Algerian side Paradou Athletic Club.

Ernest Asante made 24 appearances for Al Jazira last season and netted 8 goals last season. His impressive display earned him a national team call-up and will be hoping to even do better for Al-Hazem FC when the season kicks off.