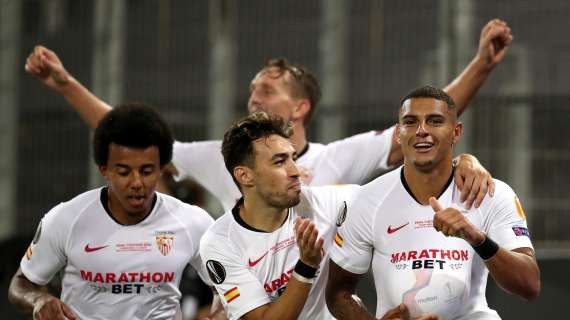 Arsenal and Tottenham have reportedly joined the race to sign Jules Kounde from Sevilla. Chelsea looked destined to complete a move for Kounde in the summer, but they came to a late disagreement with the La Liga club over a fee.

The club’s President, Monchi, explained that Sevilla were not satisfied with the offer that came in for Kounde, and that they weren’t willing to let him go unless the Blues met his €80million (£68.5million) release clause – a price the west London outfit were unwilling to pay.

Sevilla’s decision not to lower their asking price subsequently angered the 22-year-old, who has aspirations of playing Champions League football in the near future.

Reports emerged that he ignored calls from manager Julen Lopetegui as well as Monchi after he was denied a move to the Premier League. But it seems as though he won’t be short of suitors in the future, and Chelsea could even be rivalled by their fellow-Londoners Arsenal and Spurs.