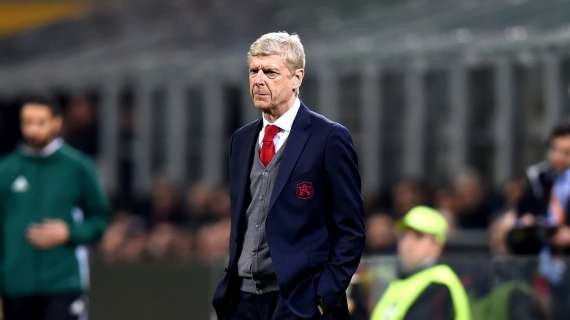 After announcing on Thursday that early negotiations had taken place, Mikel Arteta hopes to bring former Arsenal manager Arsene Wenger back to the Emirates in some capacity.

During his 22-year tenure as manager of the London club, which concluded in 2018, the 72-year-old Frenchman won three Premier League crowns and seven FA Cups.

One of his most notable successes was being undefeated in the Premier League in 2003/04, the last time Arsenal was declared English champions.

During his pre-match press conference on Thursday, the Spaniard was asked if he had received a formal offer.

"There has been communication," he said. "I saw him and talked to him when we went to see the film. It was incredibly pleasant to see him and chat to him -- and hopefully we can bring him close.

"Because I think he will have a great time just seeing the environment that he can create around him (and) around this place. Because of the respect and admiration that everybody at the club has for what he's done -- and as well for what he represents as a person in this club."