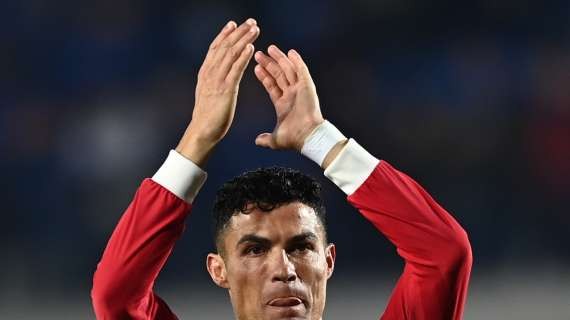 After Ole Gunnar Solskjaer was ousted on Sunday, Carrick revealed he communicated with him before taking his interim post as manager.

At the Ceramica, Ronaldo's chipped finish put United ahead in the 78th minute, before Jadon Sancho scored a second late on to seal United's spot in the last 16.

"It's what he does," said Carrick about Ronaldo. "In the big games, the big moments, when you need a goal or that something, he's there to deliver.

"He has that cold, calculated mentality to stay calm. He doesn't snatch at chances. I'm delighted to have him and not surprised at all he managed to come up with a goal for us."

"It's not an important result for me personally. It's an important one for the players and the club," said Carrick.

"It's been an emotional few days. The first person I spoke to after Ed (Woodward) offered me the job was Ole, to see what he thought about it. That was the right thing to do.

"I have a responsibility to be here managing the team and I take great pride in doing that."