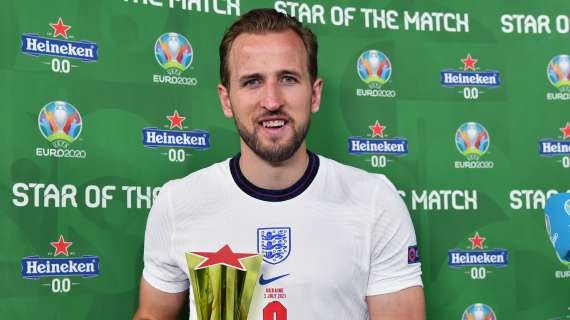 "Now my focus is on going forward by winning with Tottenham, this year will be no different. We started well in the Premier League with three wins and we have a new coach. I am focusing on this. We want to win as many matches as possible and win this trophy (the Premier League, editor's note) that I've always wanted.

I'm pretty good at getting away from it all. After the final, I was in England for a few days and then I went on vacation for two weeks, I was barely on my phone. I knew there was a lot of noise around me but I was calm. I knew the situation between me and the club. Everyone has their opinion but I am totally focused on my club and my country and I hope to have a good year ”.

Recently, Harry Kane unveiled the underside of his rather agitated summer at a press conference. After the Euro with the Three Lions, it was indeed a question of a record transfer to Manchester City for him. But Daniel Levy, the president of Spurs, did not give in, and rejected huge offers from the English champion for his star striker.

This Wednesday, the English edition of Eurosport unveils new details on its future. We learn that he is ready to extend. But that the Spurs fans do not rejoice too quickly, he agrees to stay, but on one condition. He wants to include a release clause in his contract, a very unusual practice in England, and even almost unprecedented.