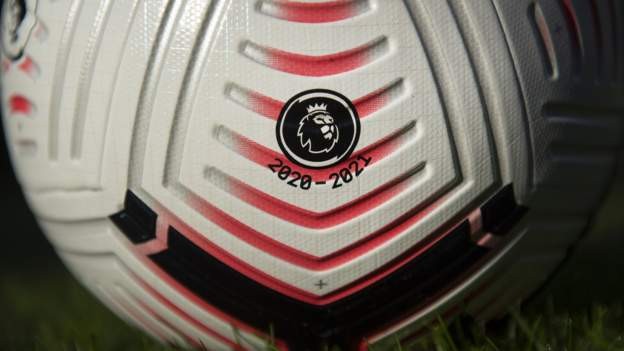 Chelsea have spent around £200m on new players for this season

Premier League spending in the summer transfer window fell only about 2% on the average outlay over the past five seasons - but clubs in the Championship spent 68% less on players.

Top-flight clubs spent £1.28bn as against a five-year average of £1.3bn, according to Carteret Analytics.

But Championship clubs spent only £53m.

It means that Premier League clubs paid out 2,415% more in transfer fees than their counterparts in the Championship this summer.

Chelsea's expenditure alone totalled more than all 24 Championship clubs combined had spent over the past two summer windows.

The combined average outlay of the Championship, League One and League Two over the past five seasons was £170m.

Clubs in all four of England's professional leagues are currently suffering significant losses as they play without crowds in an attempt to prevent the spread of coronavirus.

However, 171 player sales did help Championship clubs make a net profit of £237m on transfers during the summer window.