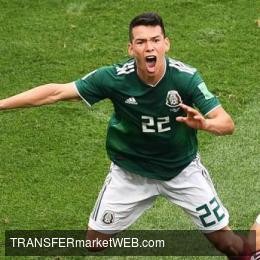 While being about to face Barcelona FC, at Camp Nou, in CL opening match, Mexican NT and PSV Eindhoven star winger Hirving Lozano (23) stated: "Playing at Camp Nou is a dream of mine, and we'll have to deliver our best effort in order to try winning it. Barça being keen on me last summer? It was real, my agent told me. Joining Blaugrana would be the best, but now I'm only focused on PSV". Lozano had been heavily linked to Manchester United too.