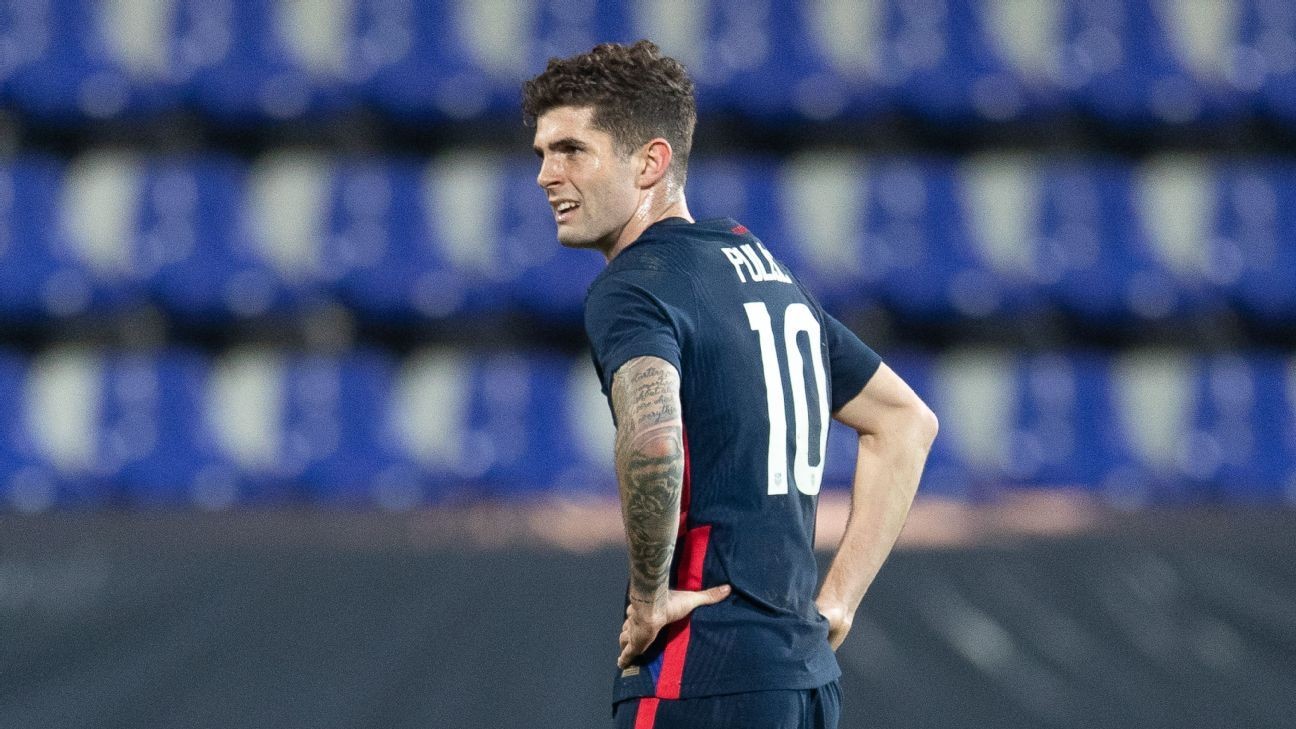 Chelsea and U.S. international attacker Christian Pulisic said that the U.S. team's CONCACAF Nations League triumph over Mexico was "something we really needed" and will give Gregg Berhalter's side a significant increase in belief ahead of the start of World Cup qualifying in September.

Pulisic was back home in Hershey, Pa. on Friday for a ribbon-cutting ceremony to celebrate the opening of new practice fields at his youth club, PA Classics. The facility is called "The Pulisic Stomping Grounds" and includes three training fields, a kick wall, a picnic area and large common area. He also donated the funds and helped with the design of the facility.

"I had this idea for a while," he told ESPN via telephone. "I really wanted to do something, for my old club, and to help build these fields for the kids is just something that's really special to me."

Pulisic said that the design was inspired by what he experienced as a youth, including a one-year spell in England when his mother worked there as part of a teacher exchange program.

"Just seeing fields over there that were just so casual, and kids were just going after school and playing in just open fields; no coaches, nothing," he said. "Something like that is what I wanted to kind of replicate over here. And I think we did a really good job of doing that."

The Chelsea attacker is set to enjoy some well-earned time off. He said that the last time he had been home was a year ago last March, at the very beginning of the coronavirus pandemic. The disjointed, delayed nature of the 2019-20 campaign meant that preparation for the 2020-21 season started just a few days after the previous one had ended. Now, he'll have several weeks to recover from the past season, with the player mentioning that he's due to return for preseason training around the beginning of July.

For now he can bask in the afterglow of winning two trophies. The Champions League is the biggest club prize out there. But Pulisic also took some satisfaction in winning the Nations League with a pulsating 3-2 win over rivals Mexico in the final.

"It was a massive, massive game for us just to show CONCACAF what we're about, and I think it was the first time we've really had all this group of players together," he said about the win over Mexico. "I think it just gives us a lot of confidence moving towards qualifiers and things coming up, and I think that is something we really needed."

Pulisic played a pivotal role in the Mexico game, winning and later burying a penalty in extra time, despite a lengthy VAR review.

"We were waiting around for a long time, so I had a lot of time to think," he said. "I just said, 'I'm just going to go for the top corner, because why not?' And it was a big moment, but I really just wanted to go for it."

Pulisic added he was pleased with the progression of the U.S. team under manager Gregg Berhalter, saying the team now has more ways of breaking down an opponent.

"I think we've been playing really good football, the way that we keep the ball and at times changing also the way we play and not just always trying to build out or whatever it is," he said. "I think we have some different options now and different systems that we've been playing and know different things that work against different sides, and I think that's important."

Pulisic said he is not content with the season he's had. His immediate challenge is to be a more consistent contributor with Chelsea, an aim that was halted a bit by injuries.

"There's a lot of things that I can continue to work on," he said. "I just need to be more consistent, to help my team when I get the chance. And I think if I do that consistently, obviously, I'll get my minutes and get my time."

The next challenge for the U.S. is the start of World Cup qualifying, with the Americans eager to make amends for failing to qualifying in 2018. Given the generation of players coming through, there is more optimism surrounding the men's program than there's been in a while.

"It's very exciting. We have a lot of talents playing in some of the biggest clubs in the world and across Europe," he said. "I think we're we should be really excited and the American fans should be looking forward to it."