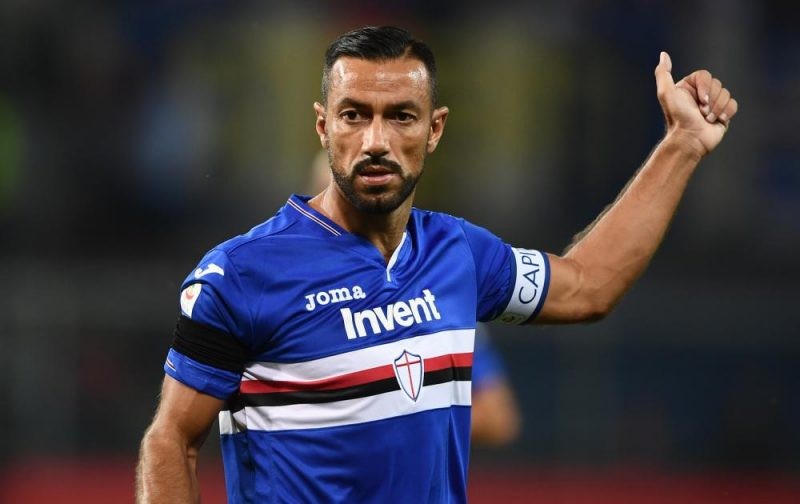 Napoli had no answer for a rampant Sampdoria side who capped of a 3-0 win with an absolutely stunning Fabio Quagliarella goal.

Gregoire Defrel got two in the first half, as Sampdoria ripped Napoli open with aplomb, then as the away side went searching for a way back into he game, Quagliarella backheel flick put an end to their challenge.

Carlo Ancelotti will have a lot to mull over during the international break, as his side have conceded six goals from the first six shots on target faced so far in this Serie A campaign.

Just 11 minutes in a brilliant counter attack from Sampdoria, saw Riccardo Sayonara get free on the left and play the ball over the head of Elseid Hysaj and into the path of Defrel, who smashed it into the top corner from just outside the penalty area.

Napoli offered little in attack, with Lorenzo Insigne firing a freekick well over the bar and Arkadiusz Milik curling an effort straight at Emil Audero.

The second from Sampdoria came just after the half hour as a low cross found Fabio Quagliarella in the six-yard box, he turned and fed the unmarked Defrel who made no mistake.

After the break Napoli came out with a renewed vigour and had Sampdoria pinned on the edge of their penalty area. However, after a flurry of chances, the closes they came to scoring was a low shot from substitute Dries Mertens which was straight at Audero.

Not that it mattered as Quagliarealla put the game to bed with an audacious jumping backheel flick from a Bartosz Bereszynski cross.