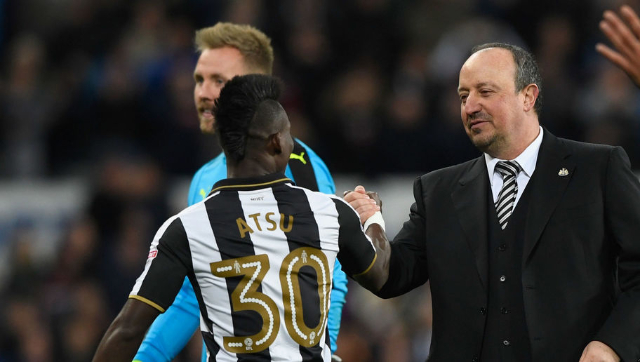 Ghana international Christian Atsu says he is enjoying the support of manager Rafa Benitez who he calls a 'father' despite a poor start to the 2018/19 season where he has been relegated to the bench in the majority of Newcastle United’s games.

The 26-year-old winger also struggled in Ghana’s 1-0 defeat against Kenya last month in the 2019 Africa Cup of Nations (AFCON) qualifiers.

“The surgery I had has affected me in several ways,” Atsu told Hello FM.

“This is my third season with Newcastle United. My first season was when I joined them on loan from Chelsea in the Championship and had enough playing time. Eventually, we qualified back to the Premier League.”

“In the second season, I played a lot of games but things have changed this time around because of the surgery I underwent before the World Cup. It has really affected my play because I’ve been a little slow but I’m working hard to hit top form soon,” he said.

“Rafael Benitez understands my situation and he is trying his best for me. In fact, he has in a way adopted me as his son and I regard him as my father too,” he added.

Michael Essien calls Jose Mourinho his “father” after building a strong working relationship with Jose who always refers to the Ghanaian midfielder as his “son”.