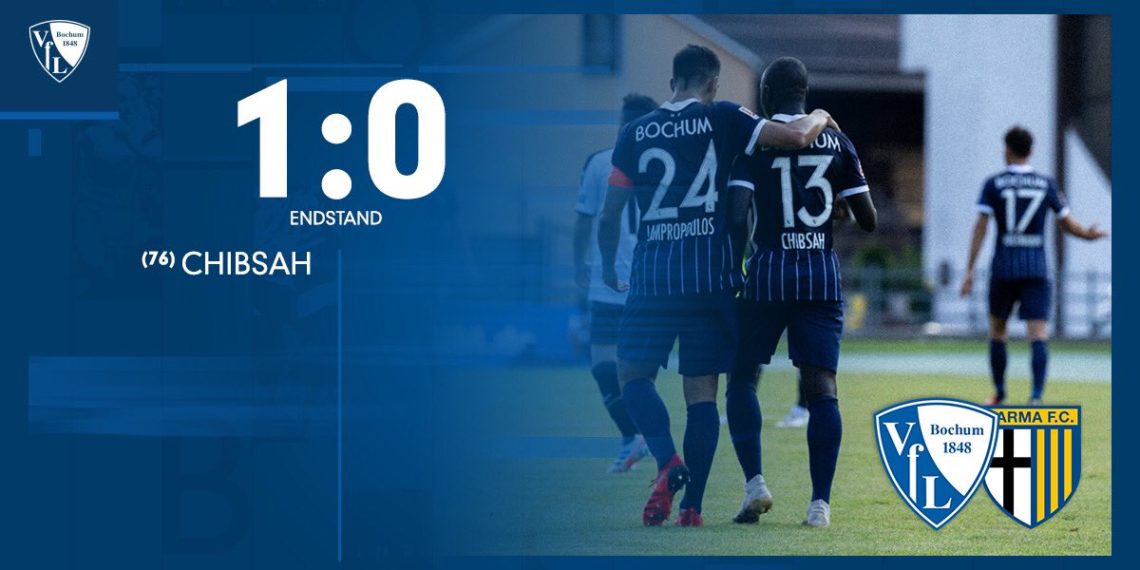 Raman Chibsah, a Ghanaian midfielder, netted the only goal as VFL Bochum defeated Parma in a pre-season friendly match on Wednesday.

Chibsah's stunning finish in the 76th minute gave the Bundesliga team a 1-0 victory over the Serie A club.

Chibsah entered the game in the 46th minute and scored the game-winning goal 30 minutes later, giving Bochum its third preseason win in a row.

Raman Chibsah has been in fantastic form throughout the club's pre-season training and will be hoping to maintain that momentum into the new season.

The 28-year-old struggled with consistent game time last season, appearing in only 11 games and scoring one goal in all competitions.