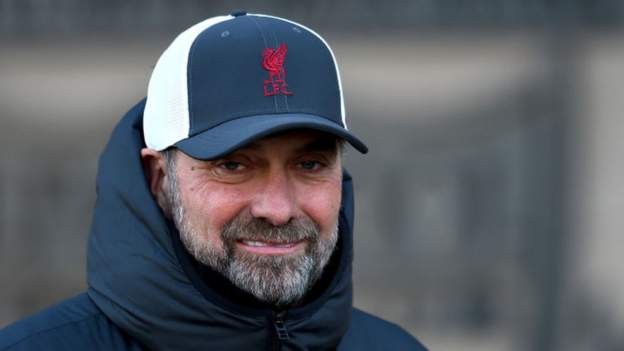 Liverpool manager Jurgen Klopp says that "unfortunately a good coach is coming to England" if Manchester United agree a deal with Ralf Rangnick.

Liverpool's arch-rivals are set to appoint the German, 63, as interim manager on a six-month contract.

Klopp is one of the younger German coaches who looked up to Rangnick and they faced each other as rival bosses.

"United will be organised on the pitch," said Klopp, 54. "That's not good news for other teams."

Rangnick set Ulm on course to promotion to the Bundesliga for the first time before spells in charge of Stuttgart, Hannover, Hoffenheim, Schalke and RB Leipzig.

He has also served as director of football of the Red Bull group of clubs and is currently manager of sports and development for Russian club Lokomotiv Moscow.

What can Man Utd expect from Rangnick?Listen - Euro Leagues: Un-wreck it Ralf

"He's done a lot of different jobs in football, but his first concern was always being a coach, being a manager, and that's what his best skill is."

Klopp, the ex-Mainz and Borussia Dortmund boss, said: "Between the coaches and in the football world in Germany, he is very highly regarded and rightly so. Wherever he was, he did an incredible job.

"He started as a young man at Stuttgart, coaching the reserve team, and kept going from there. Ulm getting to the Bundesliga was insane at the time, and he made his way up.

"We faced each other for the first time when I was a young coach and he was at Hannover. He might have forgotten, but they always played our opponent a week later so he called me, the young manager of Mainz and asked plenty of questions.

"I was happy big Ralf Rangnick was calling me, but he got all the information he needed. Then they got promoted (in 2002) and we didn't, so he still owes me!"