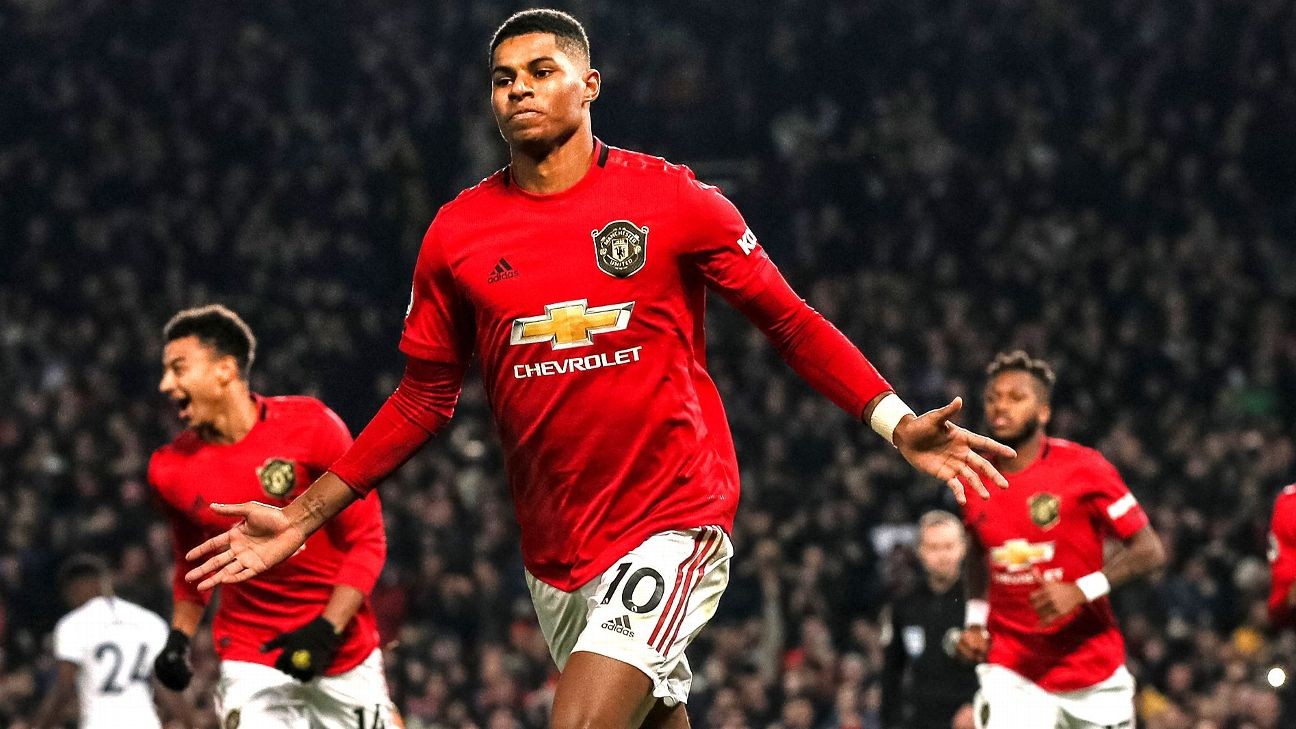 Steve Nicol urges Man United to do everything in their power to keep Paul Pogba from leaving for Real Madrid.

Marcus Rashford scored twice as United ended a run of three games without a win ahead of their trip to champions Manchester City in the derby on Saturday.

The England striker beat Paulo Gazzaniga at his near post to give United the lead after just six minutes. Tottenham equalized via Dele Alli's fourth goal in three games at the end of the first half but Rashford won the game after the break, drawing a foul from Moussa Sissoko in the box before beating Gazzaniga from the penalty spot.

Rashford is in the form of his life. He's got 12 goals in his last 13 games for club and country and that's excluding the header that went in of Tom Heaton's back against Aston Villa on Sunday. Solskjaer needed someone to fill the void left by Romelu Lukaku's departure and Rashford is doing his bit. It is frightening to think where United would be without his goals over the past two months.

Solskjaer spent the bulk of his summer transfer kitty on his defence but it hasn't helped United keep more clean sheets. They haven't had one in the league since September and have managed only two all season. Alli's equaliser at the end of the first half required plenty of skill but the defending was still soft, particularly from Fred and Ashley Young.

8 -- It would have been tempting for Solskjaer to pick Rashford as his central striker with Mason Greenwood on the left but the gamble to do it the other way around paid off. Rashford, starting on the left, was the best player on the pitch and might have had a hat trick inside half an hour had it not been for two good saves from Gazzaniga.

GK David De Gea, 7 -- Not much he could do about Alli's equaliser but otherwise, Spurs did not trouble him much until very late on.

DF Ashley Young, 7 -- Making his first league start since the defeat at Bournemouth, he might have done better for Alli's goal but his experience was vital in the closing stages.

DF Victor Lindelof, 7 -- The Swede won a lot in the air as Tottenham pushed for a late goal and helped United hang on to take all three points.

DF Harry Maguire, 7 -- Occasionally sloppy on the ball but he will be happy to have kept England teammate Harry Kane quiet for much of the game.

Marcus Rashford is in scintillating form at the moment and at 22, the best is probably yet to come.

MF Scott McTominay, 8 -- Back in the team after injury, United have missed his bite in midfield and Solskjaer will be glad to have him back.

MF Fred, 7 -- Played well apart from letting Alli bully him in the box and pull the ball out of the air to score the equaliser. Made one good block off the line from Son in the second half.

MF Jesse Lingard, 7 -- Asked to chase down Harry Winks whenever he had the ball and ran so much he had a cramp by the end.

FW Daniel James, 7 -- Clattered by Harry Winks, and Mourinho, in the opening 15 minutes, he recovered to test Gazzaniga twice with decent efforts.

FW Marcus Rashford, 9 -- Scored twice and could have had a couple more. One of his best performances in a United shirt, as Tottenham couldn't cope with his pace and skill.

FW Mason Greenwood, 7 -- Handed his first league start of the season as a replacement for the injured Anthony Martial. Forced Gazzaniga into a good low save and his link-up play was good.

DF Luke Shaw, N/R -- Was in alone alongside Rashford with a chance to put the game away late on but chose the wrong option and passed to the offside forward.