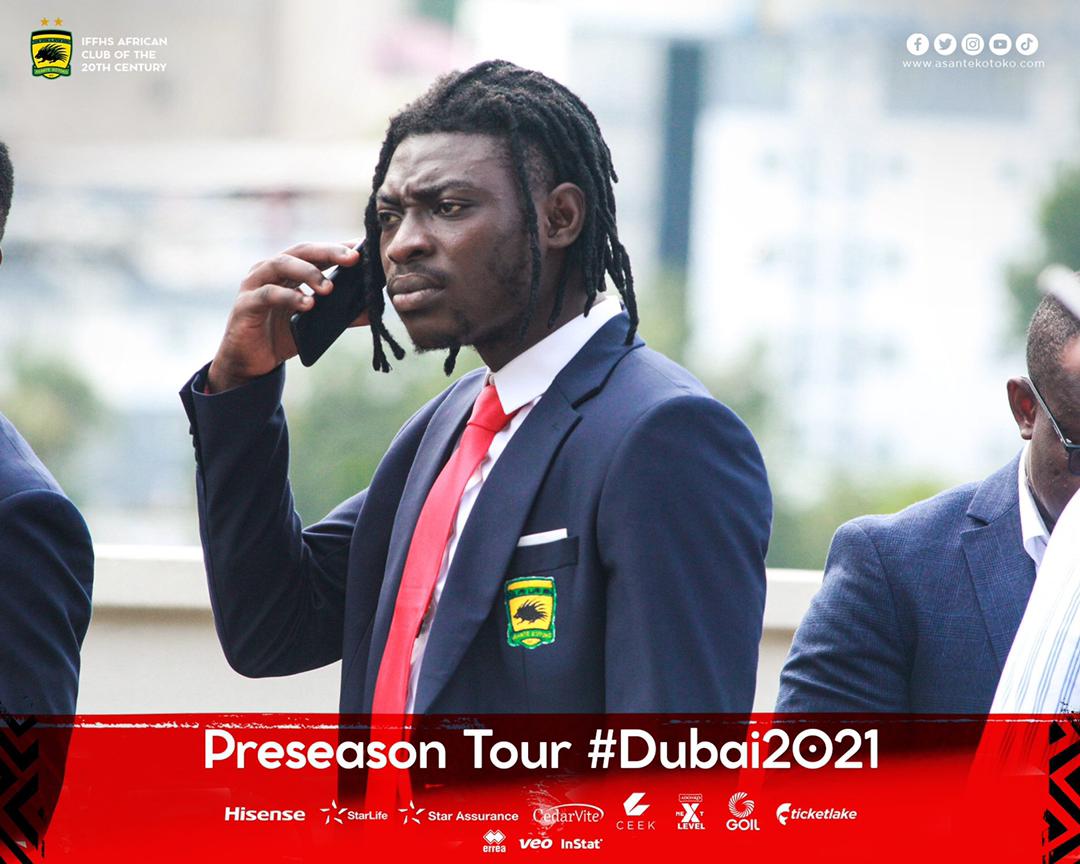 Newly-appointed Asante Kotoko Assistant skipper, Razak Abalora was among six players who failed to travel with the team to Dubai for the pre-season tour.

The Porcupine Warriors touched down in the Arab country on Thursday evening for a two-week preseason tour.

Out of the 25-man squad named for the trip, seven of the players could not make it due to visa hitches.

The club’s statement reads: "Players Lamptey, Agyapong, Abalora, Amoako, Kumi, Taylor, and Boateng couldn’t travel with the team to Dubai yesterday due to some visa hitches.

"Officials are currently working to rectify the issues so we can join them with their colleagues today."

The Ghana Premier League is scheduled to begin on October 29, 2021. Kotoko will travel to Dawu to face Dreams FC.

Kotoko will be hoping to make amends after ending the 2020/21 season trophyless under Portuguese trainer, Mariano Barreto.