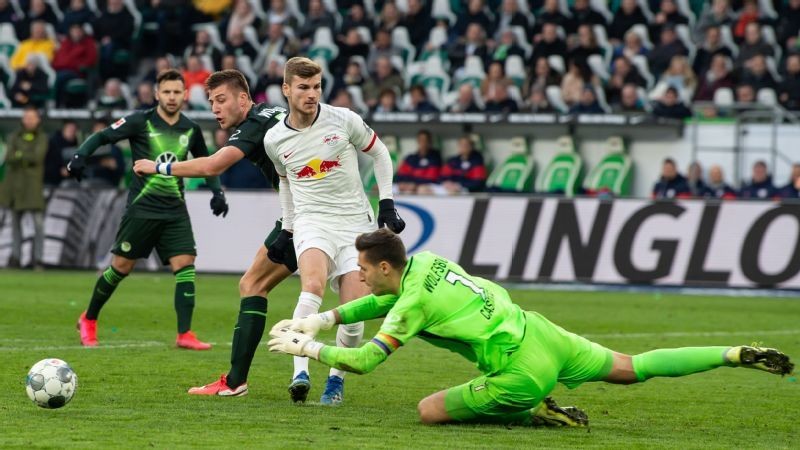 Timo Werner came off the bench but could not help RB Leipzig find a winner. Getty

RB Leipzig played out a goalless draw at Wolfsburg on Saturday to slip up for the second consecutive week and stay two points behind leaders Bayern Munich.

Leipzig, who host Tottenham Hotspur in the Champions League on Tuesday, hardly made an impact in the first half but tried their lucky early in the second with shots from Yussuf Poulsen and Marcel Sabitzer.

The Wolves hit back with two chances of their own, first a 77th-minute low Max Arnold drive and then a similar Xaver Schlager effort in the 89th, with both shots flying narrowly wide.

Leipzig stay second on 50 points. Bayern can move further away with a win over Augsburg on Sunday.

Borussia Dortmund, on 48, are in action later against Borussia Moenchengladbach.

Bayer Leverkusen provisionally moved into the top four on 47 points with a dominant 4-0 victory over Eintracht Frankfurt and two goals from Paulinho.