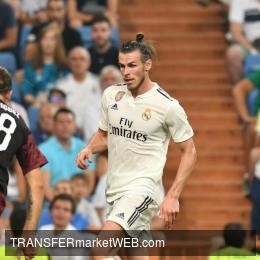 "I just said, keep your head up" - he told to the Daily Mail. “Mistakes happen. It's just unfortunate it's in a final. Yes, I suppose it's not quite as bad as it looked but I suppose he should save it."

You sense Ronaldo's departure? "Obviously it's going to be a little different from having such a big player there, it's maybe a bit more relaxed, yes. I suppose there is more of a team, more working as one unit rather than one player"