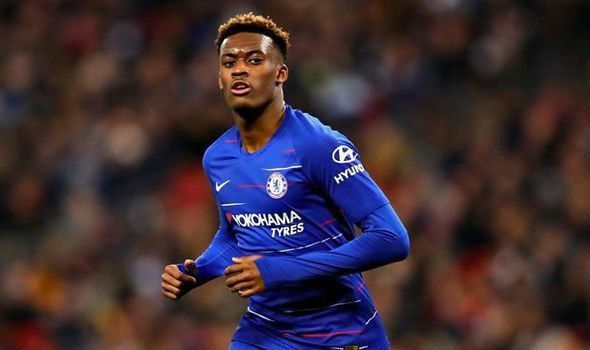 Spanish giants, Real Madrid have expressed their interested in signing Callum Hudson-Odoi according to El Desmarque.

The highly-rated 19 year old forward signed a five year deal with the club following the arrival of Frank Lampard in September.

Hudson Odoi's current deal with the Blues runs until the summer of 2024, but that won't stop the 13 times European champions attempting to sign him.

Chelsea value Hudson-Odoi at around £150million but it would be difficult for Real to prise the starlet away from the London club.

According to reports in Spain, Real are planning a major overhaul next summer, with Paris Saint-Germain striker Kylian Mbappe and RB Leipzig's Erling Braut Haaland amongst the players they are targeting.

So far he has made 36 senior appearances for Chelsea, scoring six goals and providing nine assists.

Hudson-Odoi was previously linked with Bayern Munich but he elected to remain at Chelsea.

He is part of a hugely talented young squad at Chelsea, with the likes of Tammy Abraham, Mason Mount and Fikayo Tomori having all featured prominently this season.