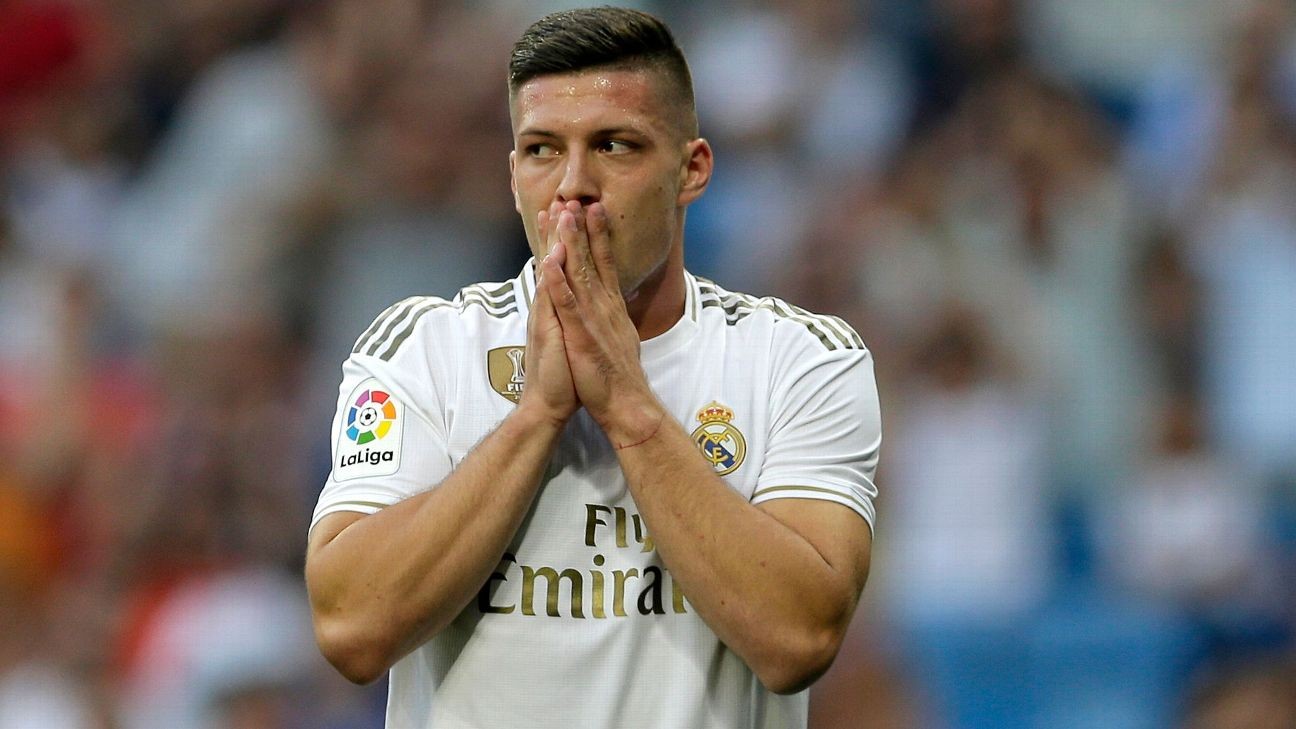 Luka Jovic is facing criticism in his native Serbia after the Real Madrid forward travelled home, with the club's permission, to continue his coronavirus self-isolation.

Sources have confirmed to ESPN that the 22-year-old striker flew to Belgrade last Thursday.

He was given the go-ahead to travel by Real Madrid's medical department, with the understanding that he would continue to self-isolate there.

The Real Madrid squad have been in quarantine at home and their Valdebebas training complex has been in lockdown since one of the club's basketball players, Trey Thompkins, tested positive for COVID-19 last week.

It's been reported that Jovic has failed to observe coronavirus self-isolation protocols since returning to Serbia, with various media in the country suggesting that he has been out in Belgrade celebrating his girlfriend's birthday.

Jovic has found it difficult to adapt to life in La Liga since joining Real Madrid for €60 million last summer.

His low morale, coupled with a muscular problem he suffered last month, led club doctors to believe returning to Serbia to spend time with his family might prove beneficial.

However, sources have told ESPN that the player was warned he was likely to face criticism for leaving Madrid and travelling home at this time, even with the club's permission.

The Serbian prime minister Ana Brnabic, without naming Jovic, has criticised the conduct of some of the country's high-profile players, saying "we have negative examples of football stars who earn millions abroad and when they come back to Serbia, they don't self-isolate as is obligatory."

Sources have said that Jovic's Real Madrid teammates are not impressed by these latest reports either.

Other players have followed the club's recommendations to the letter, following detailed daily training regimes at their homes in Madrid -- even those from abroad who could have asked permission to fly home, as Jovic did, and instead chose to stay.