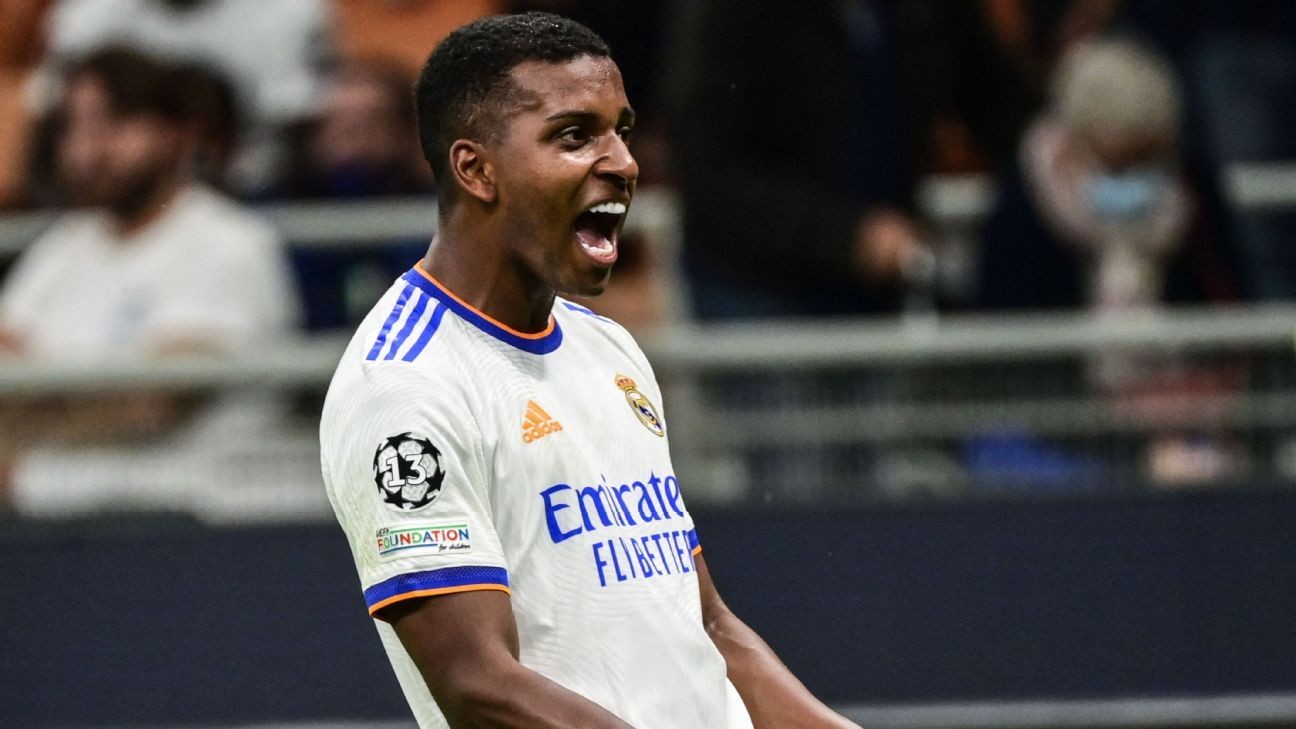 Real Madrid substitute Rodrygo struck an 89th-minute winner to earn his side a 1-0 Champions League group-stage victory away to Internazionale on Wednesday, punishing the Italian side for missing a string of big chances earlier in the match.

The Brazilian met a pass from fellow replacement Eduardo Camavinga and volleyed home in the dying minutes as Carlo Ancelotti's side triumphed against their major rivals for top spot in Group D.

It was a painful conclusion to a game that Inter Milan had dominated for large stretches but the hosts could not find a way past on-form goalkeeper Thibaut Courtois, who produced several crucial saves.

Real are second behind Moldovans Sheriff Tiraspol, who stunned Shakhtar Donetsk with a 2-0 win on their tournament debut and travel to Madrid next, while Shakhtar and Inter will look to get their first points on the board when they meet in Ukraine.