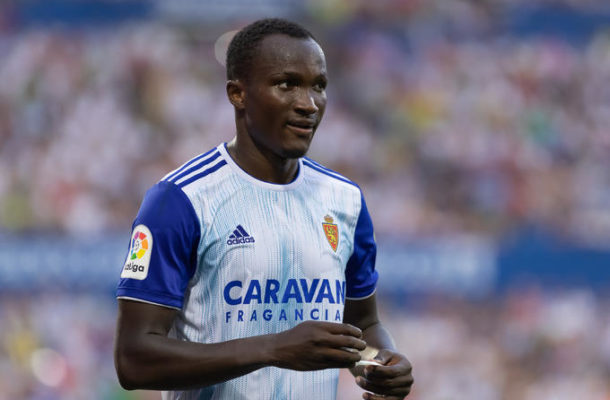 Spanish lower division side Real Zaragoza continues to struggle in the league since losing Ghanaian forward Raphael Dwamena to injury.

The on-loan UD Levante striker was diagnosed of a heart problem last month and has not been able to play for the side since that time.

Following several checks and visits to specialists, his condition is feared to be serious and the player has been advised to stop playing football indefinitely.

In his absence, Real Zaragoza has only been able to earn just two points out of a possible 15 in 5 matches.

They have managed to draw two and have disappointingly lost three times. That show of poor form sees manager Victor Fernandez and his charges drooping to 5th on the standings of the Division.

Comparing the results of the team during the time Dwamena was fit to now it is clear the side is missing the services of the formal FC Zurich goal poacher.